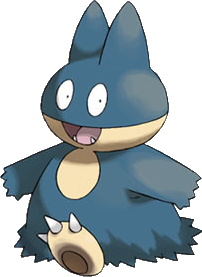 If you like Pokemon then you are probably aware of the baby evolution Pokemon that exist in the games. The thing about these Pokemon is that they are not always easy to breed for or catch in the wild. In fact, the Pokemon in this article all have one thing in common; they need an item to make an egg.

Baby evolution Pokemon were added to the game when the Silver, Gold and Crystal games came out for the Game Boy. Unlike their more evolved forms, baby Pokemon are not known for being fighters as much as for just being cute. Because of this their abilities and move sets are not geared towards winning battles but are instead aimed at avoiding damage.

Another important thing to understand about baby evolution Pokemon is that they can not breed. Think about it, they are babies not full grown Pokemon!

Not all baby evolution Pokemon require one of the parents to hold an item but these do:

One thing to consider when breeding for baby evolution Pokemon is why. Why do you want the baby evolution? If you are looking for a power team of Pokemon for the Battle Tower you might want to avoid going through the baby evolution stage. It's a well established fact that the higher the evolved form the better the ability scores. Skipping the baby step can provide you with a much tougher Pokemon in the end.

On the other hand, if you are going for contests, you should probably go with the baby evolution Pokemon. What they lack in power they make up for in cuteness. There is also the case that some moves can only be learned while a Pokemon is in its baby form.

I hope the information in this articles has helped you in some way. Feel free to leave a comment or question below.