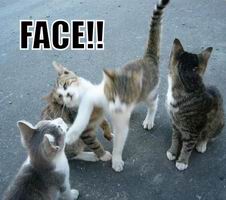 For the past three years or so I have been a happy AdSense publisher. For two of those three years I was a nickel and dime guy who never saw a check but did see a steadily increasing balance on his account. that all changed a little under a year ago when I started to focus more on blogging.

I soon found myself getting monthly checks from Google and expanding my blogging into other areas. I thought everything was going good until about a month ago when I noticed that my tracking data was no longer even close to Google's tracking data in regards to clicks. Around this same time I began reading articles that showed Google had no idea how much click fraud was going and that they were blindly discounting clicks based on such things as traffic spikes and browser use ratios.

Suddenly if you experienced a surge in traffic from a social media site Google would discount those clicks as invalid or fraudulent. Yes, Google began to punish success!

It is no secret that Google is quick to punish its AdSense members when they are suspected of click-fraud or arbitrage. For some reason Google does not like it if you use AdWords to direct traffic to your site in the hopes that the visitors will leave via one of your AdSense blocks. I can understand this when a site is MFA (Made For AdSense) and contains no real content but Google has no problem taking the money from the AdWords side of arbitrage!

The last straw for me came recently when I read an interview with one of Google's higher ups in the AdSense and AdWords programs (two halves of the same whole). In the interview he was bragging about how Google was sending so much "free" traffic to its AdWords members by marking AdSense clicks as invalid or fraudulent. This comment was clearly aimed at appeasing the AdWords members who do not believe Google's click-fraud numbers but I think that comment had an unintended side effect.

AdSense publishers read that comment and began to put two and two together. If Google is not charging the AdWords members for traffic it "thinks" might not be valid should they also not be paying AdSense publishers for that traffic just because of what Google thinks?

For example: In the past I have written articles about very specific niche topics only to have AdSense display an ad such as "win a free laptop here" or "are you gay? take the gay test". These ads are clearly not relevant but someone might click them out of curiosity. The AdWords member may then look in their AdWords account, see where the click came from and wonder how in the hell they got traffic from my site!

The above example is not a fault of the AdSense publisher or the AdWords member but is instead a fault of Google. This is even worse on mixed content sites. Before I pulled the Pokemon content off of my site (and gave it its own site) I was constantly seeing ads targeted to the Pokemon keyword showing up on posts that had nothing to do with Pokemon and vice versa. In the case of Google serving mismatched ads I would have to say that Google should not charge the AdWords member but they also should pay the AdSense member for the traffic because it is not their fault that Google failed to serve a contextually relevant ad.

Because of the recent disparity between my AdSense click tracking and Google's I have decided to dump AdSense from my blogs. It is already gone from here and I am not sure what to replace it with yet. No I can't go ad free because I have server fees to pay. I would prefer to have sponsors support me (125x125 buttons, see the advertising page) but I will likely replace the AdSense with AdBrite sometime in the future.

I have been trialing AdBrite on some of my sites and they are performing as well as AdSense once performed. I will provide more details and a full review of the AdBrite experience at a later date.