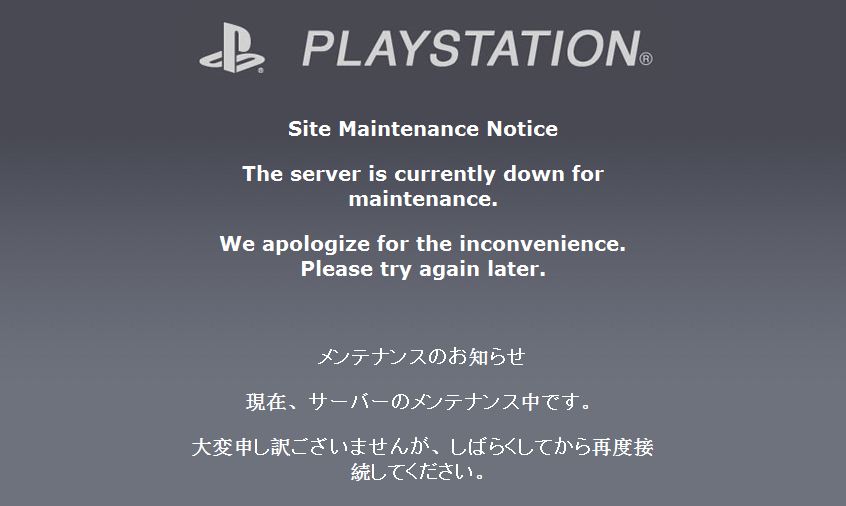 If you are part of the minority of PS3 console owners in the world you are undoubtedly aware of the recent problems with Sony's PlayStation Network. If not then let me briefly state that it has been down for four days.

PSN is Sony's version of Xbox Live. While the service is free for all they also offer a paid version which gives you discounts, advance access to betas and a few other things. You can get everything Xbox Live has to offer for free with PSN so most folks don't pony up the $50 a year for it. Some folks do, I'm one of them.

The only way to get Hulu Plus on my TV(in an easy to use manner) is via my PS3. I could connect my computer to my TV but why go through all that effort? I'd rather pay for the ease of use factor.

Before I go on let me also remind the viewer that not only do I have to pay Sony for the privilege of having Hulu Plus on my TV but I also have to pay Hulu for this privilege. So right now I'm paying two parties to run a third party application on my PS3. It's about to get good...

One might think, that since I'm paying Hulu directly for this service that I could still watch Hulu on my PS3 (or Netflix for that matter) but one would be wrong. When I try to access Hulu Plus or Netflix I get an error because both applications require me to be logged into my PSN account to function. Yeah...

So, while many gamers are fuming mad over their inability to play the new Mortal Combat game online I'm fuming mad because I can't watch either Hulu Plus or Netflix on my PS3. So, when Sony starts issuing refunds for the service being down what will they do for those of us who:

I'm guessing they might offer me a free month of service and possibly offer everyone else a free trial of PSN Plus (the paid service) but what about my third party media apps? Eh, Huh? And why do these apps need me to be logged into my PSN account when I have to log into these apps with the third party account as well?