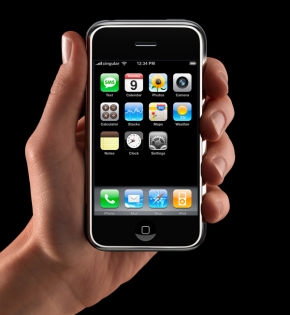 There is a convergence going on between the world of cell phones and the world of computers. The iPhone is the most prominent example of this.

Can you imagine purchasing a computer and being told that you could not install a different operating system (even though the hardware was capable)? Or even worse that if you did install some third party software on your computer when you next downloaded a product fix for your operating system your computer would be bricked or otherwise disabled? I don't think anyone would stand for such heavy handed tactics, so why is Apple doing this with the iPhone?

In todays world more and more consumers are of the opinion that if a device is capable of doing something there should be no reason why an owner of the device should not be allowed to do it. This runs contrary to the old practice of the Telecom industry where every extra ability costs more money.

Notice a trend here? The business model of the cell phone industry is the same as that of the Bell system. There is one key difference though; todays cell phones are far more capable than POTS phones from the 80's.

The iPhone is more powerful than the desktop computer I used only ten years ago. The iPhone is a portable personal computer. So why is it being treated like a POTS phone from the 80's? Even worse why is Apple holding back the iPhone by re-locking it?

Some people have been pointing at changes in the DMCA last year which were specifically added to allow owners of cell phones to hack them (just not for the purpose of stealing access to the network).

The above seems clear to me and if you read the commentary in the PDF it will be even more clear. Unfortunately for us this exemption applies only to using the cellular phone on another network. This does not cover hacking the iPhone for the purpose of using custom applications on it.

My feeling is that if you own a device you should be able to use it as you please (public safety and existing criminal laws aside). Locking a device to insure a failed business model is able to continue is just wrong. There is no reason for Apple to re-lock the iPhone except for the reasons of profit (no I am not against making a profit).

Some people have pointed out that Apple is getting a share of the revenue at&t makes off of iPhone customers and I can understand their desire to make sure that revenue stream does not dry up. I can also understand that they may have other contract elements in their deal with at&t that requires Apple to re-lock the iPhone but, according to the DMCA amendment consumers have the right to use their cellular phone on any network they choose. Does this mean apple is breaking the law and can be sued under the provisions of the DMCA?

I am not a lawyer but I am a techie. The way I see it Apple is breaking the law in regards to the DMCA by re-locking the iPhone. I can't say anything about custom applications (which I want access to) because they do not appear to be covered under the DMCA amendment stated above even though they should. The Apple iPhone is a portable personal computer, why are we being forced to treat it like a POTS set?