I received my copy of Wii Fit last Tuesday. It has been in my possession for one week now. So, what do I think about it and what has been my experience? Read on to find out.

When I first read about Wii Fit last year I was not exactly excited. I was more ho-hum about it than anything. As more information was revealed I became more and more interested.

As the release date began to come closer and closer insider reviews began to appear in the video gaming press. I read them, thought about them and then pre-ordered my copy. The fact that several retailers sold out of their pre-order stocks was enough to force my hand into pre-ordering this beast. My original intent was to pick one up after they were released but I began to realize that there might not be any in the supply chain until a few weeks after the release.

Unlike most video games that restock right away Wii Fit comes with a balance board. This means it is not as simple as pressing more disks for release.

Getting my Wii Fit a day before most people was enjoyable but not something I was able to truly exploit. The big reviewers had already received their copies weeks ago so there was no one to "scoop" with the story.

I unboxed my Wii Fit in detail and then tried it out.

The software starts up by collecting some data on you and then running you though a very quick fitness test. After this you are told your weight, BMI and Wii Fit age. On my first test I was rated ten years older than I am. I attribute that not to reality but to my "getting used to" the balance board. In laster days this age dropped as low as 21 for me. 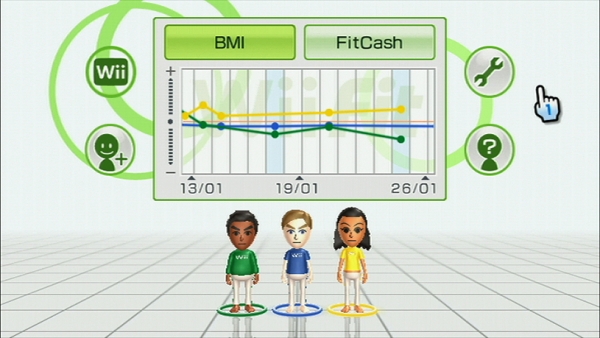 Once you enter the training area you find the Yoga, Strength Training, Aerobic and Balance Games. Only the most basic ones are playable at first. Others become unlocked after you earn some credits.

At first I was a bit upset over the "locked" content but it made sense. You need to learn to play the simpler games and exercises before moving onto the more complex ones. Even the games and exercises you can play from the start have harder settings that can be unlocked through game play.

With the exception of yesterday and today I have been clocking in a good 30 minutes every day. I have not lost any weight (though I did balloon up one day and lost it the next) but I do feel better.

The strength training exercises do leave me "feeling the burn" on the higher settings and the balance games are fun. I have yet to unlock everything but I'm still interested in keeping fit. I even took a long walk with my wife one morning last week.

So, why not yesterday and today? Yesterday I was very busy with Memorial Day activities and this morning I woke up with some stomach pains. I'll get back into it tomorrow! 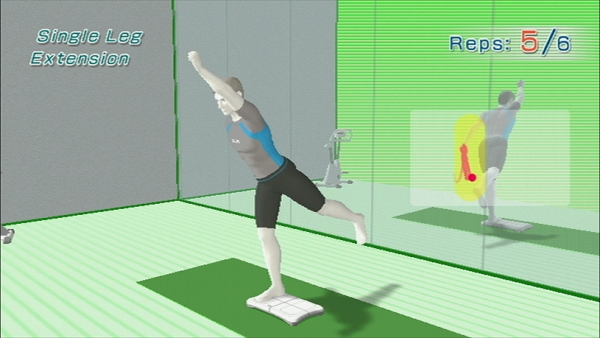