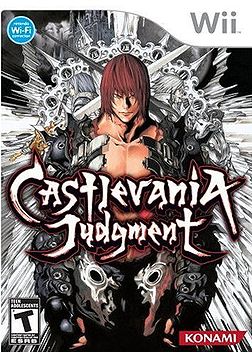 When you hear the name Castlevania what comes to mind? I'm willing to bet the name Simon is on top of the list, followed closely by whip and Dracula. When you think about the style of game side scroller is also on the tip of your tongue.

For a game that had its start on the NES as a serious side scrolling adventure game it sure has come a long way. With over 16 titles in the Castlevania series of games that have appeared on over 19 different platforms (including mobile phones) its no small wonder that a versus fighting game did not enter the lineup sooner.

When I sat down to play Castlevania: Judgment I was expecting something along the lines of Soul Caliber with Castlevania characters. To say my expectations were on the high side would be an understatement. What I got was not what I expected.

In true Castlevania fashion you get to have a sub-weapon (think off-hand weapon) that your character can use. Each one works a little differently and none of them are game breaking (though I did notice the CPU player always entered a guard position when I used the time stopping item). These sub-weapons are not going to destroy your opponent but they can whittle him down a little or otherwise annoy them. 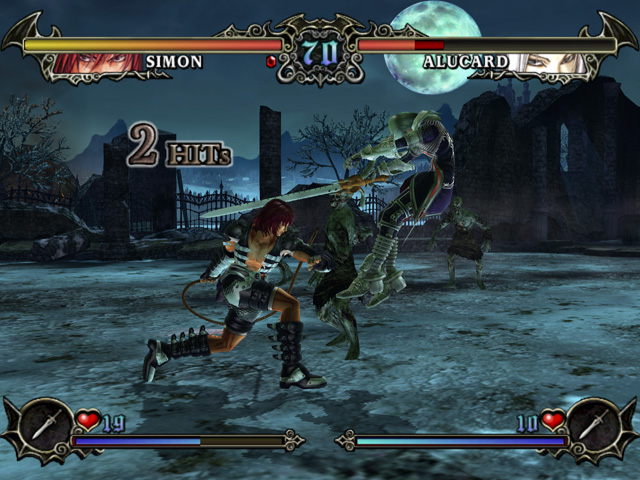 Every character also has a special super-finishing move that is not technically a finishing move. Though it does do massive damage it does not knock-out your opponent. It is also useless against monsters and easily blocked. When you do manage to pull one of these off you are treated to a cut scene of your character doing something to your opponent that quickly turns painful.

Story mode is rather long. In my first run through I found myself looking at the clock and massaging my wrists. I knew I must be getting close to completing story mode and unlocking the next character but I never saw any indication of how far into the story I was nor when it would end. When I finally reached the last character I had to fight my wrist was so tired that I found myself being constantly kicked to the curb and knocked out. The CPU was constantly scoring perfects against me!

One thing that constantly got on my nerves was the terrible camera angles. Did they hire some tiny drunk gnome to control the camera? Because the camera was so bad I often found myself unable to judge the distance between myself and my opponent. This often resulted in me just missing the enemy and then they would move a bit and kick my ass with a series of rapid blows. To say I was annoyed is clearly an understatement.

Another problem I have is that the arenas are so big that you can quickly lose track of your opponent (or yourself in two-player) while fighting. If that were not bad enough the game does movement the way you would expect in a 3-D RPG game but not in a fighting game. While most fighting games keep you orientated towards your opponent while moving this game does not. Move away from your opponent and you will quickly find yourself being attacked from behind. An attack that you wont see coming because of the camera placement.

Before I resumed play (yes I did defeat Trevor) I took some time to familiarize myself with the other controller options. I soon found myself favoring the GameCube controller (Smash Bros. Anyone?) as my preferred weapon of destruction. My results improved from there forward.

I also took a few minutes to look through some of the game play options provided with the game. Lowering the difficulty was one of the first ones I went for. Changing the voices from English to Japanese was also fun. 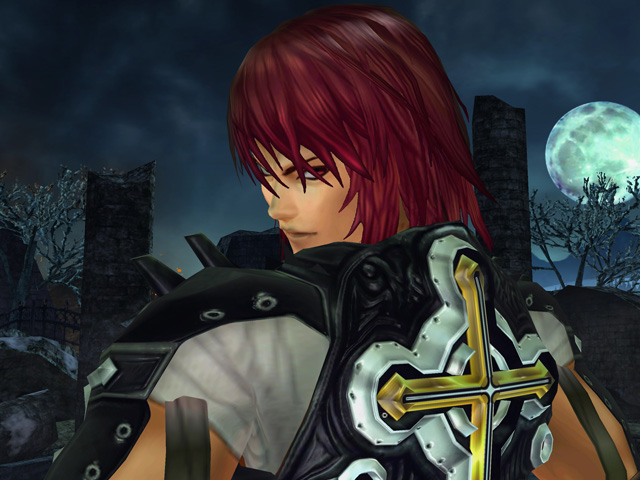 If you like Castlevania and think that a fighting game set in that universe is right up your alley then, by all means, pick this game up. If you are looking for a solid fight game for the Wii you may be disappointed in this one. Between the camera and distance judging problems you may find yourself hating this game rather quickly.