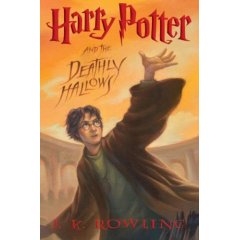 Amazon.com has announced that they have broken the one million pre-order mark for the newest Book; "Harry Potter and the Deathly Hallows". With only two and one half months remaining before the book comes out the company has broken past the million mark for this seventh (and final) book in the Harry Potter series.

Amazon has also lowered the cover price from $18.99 to $17.99. This brings the discount to 49 percent. What this also means is that all the people who have pre-ordered the book thus far will be paying the new lower price.

For a historic perspective on this, the sixth book "Harry Potter and the Half-Blood Prince", did not reach the one million worldwide mark at Amazon until 174 days after the book was first available for pre-order. It took only 95 days for the seventh book to reach that goal.