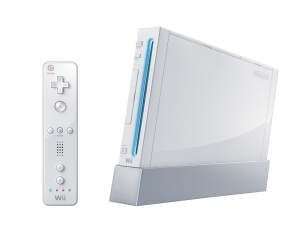 SANTA MONICA, Calif., June 27, 2007 â€“ The search for the next ingeniously ground-breaking video game has begun. At a private developers conference this week, Nintendo announced the introduction of WiiWare, a game-creation service that will allow developers large and small to create new downloadable video game content for sale by Nintendo through the Wii Shop Channel of the hot Wiiâ„¢ home video game system. WiiWare paves the way for smaller, more creative games to make their way to the public at lower prices, without any inventory risk to developers. The first WiiWare content will launch in early 2008.

"Independent developers armed with small budgets and big ideas will be able to get their original games into the marketplace to see if we can find the next smash hit," says Nintendo of America President Reggie Fils-Aime. "WiiWare brings new levels of creativity and value to the ever-growing population of Wii owners."

The possibilities for WiiWare are limited only by the imaginations of developers. WiiWare provides game creators a simple method by which they can get their games to the public. This approach, combined with the remarkable motion controls of the Wii Remoteâ„¢ and Nunchukâ„¢, will give birth to fresh takes on established genres, as well as original ideas that currently exist only in developers' minds. The reduced barriers to development provide developers the freedom to create and an inexpensive, clearly defined path to reach consumers who will ultimately determine which game will become the Next Big Thing.

WiiWare will be posted on the Wii Shop Channel. As with current Wii Shop Channel offerings, users will redeem Wii Pointsâ„¢ to download content. It will support a variety of pricing options. Details about that and upcoming projects will be announced at a later date. For more information about Wii, visit Wii.com.

No information yet on pricing for a dev kit.