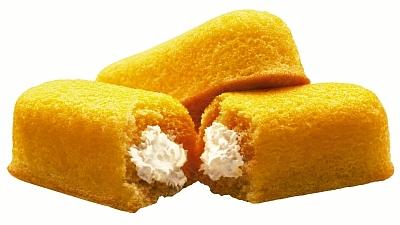 While visiting my Mother-in-law's house today to hang up some speakers she told me about the box of banana Twinkies she recently purchased. I find the normal Twinkies no longer suit my tastes (they make me sick) but I decided to try out the original banana flavored ones.

Twinkies were developed as an inexpensive treat during the Depression. Jimmy Dewar, manager of the Schiller Park, IL bakery, noticed the pans for Hostess' Little Shortbread Fingers were only used during summer months. Dewar decided to make use of the pans throughout the year by filling them with golden sponge cake and banana filling. Today's vanilla filling was the result of a banana shortage during World War II. En route to show off his new idea in St. Louis, Dewar saw a billboard for "Twinkle Toe Shoes" - and the name Twinkies was born.

When the world's banana trade ground to a halt during World War II Hostess substituted a vanilla creme filling that was not dissimilar to cake frosting. Ever since the 1940's Twinkies have been using the vanilla creme for the insides of the Twinkie.

After doing multiple "limited time only" offers in the past, Hostess has decided to bring back the banana creme filled Twinkie. After eating one I have to say that I like them! 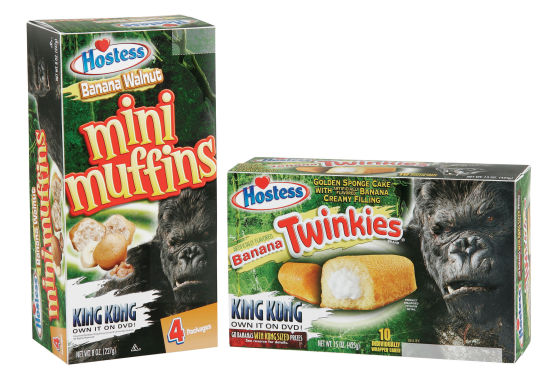 These things are very tasty! I can't eat a lot of sweet snacks without getting a headache and these left me hungry for more.

I asked my wife to buy some and she said, "no Twinkies in our house for you!" I wonder what other chores my Mother-in-law needs me to do? She still has a nearly full box of them... Yum... Twinkies!