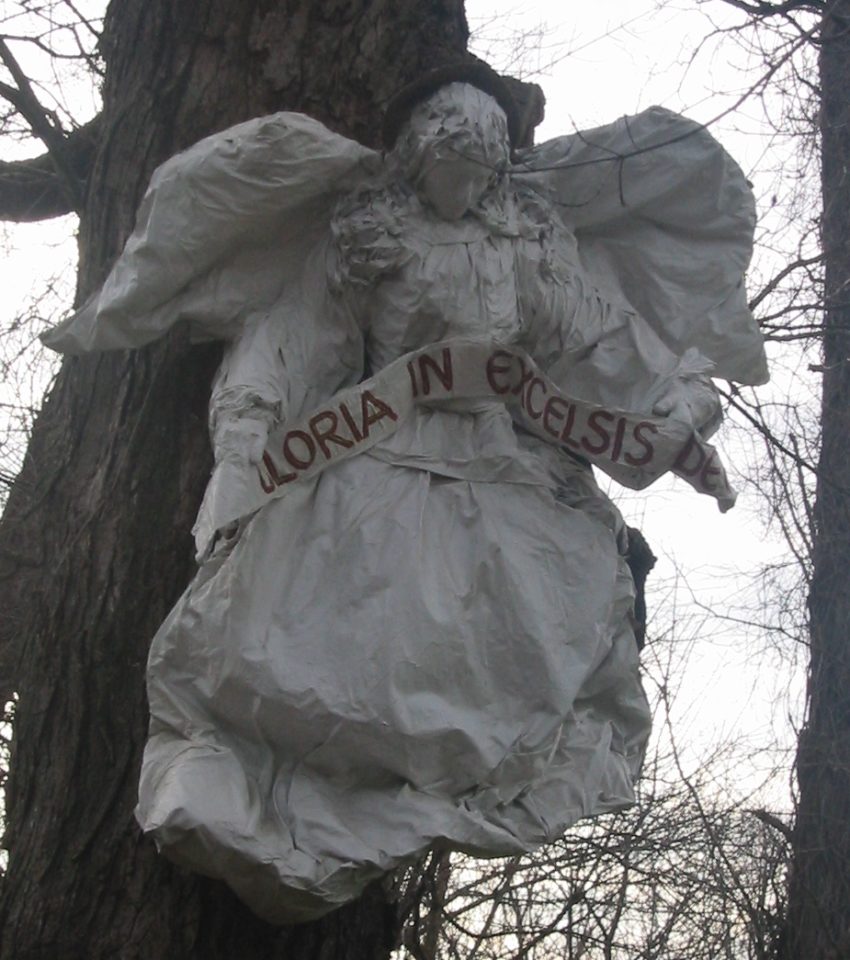 During the Christmas season, Charles and Dayle Elsesser of Gaylord Road set out their Neapolitan Creche for all to see and admire. At night the scene is lit and often draws many people from outside the immediate area. Each figure represents someone special to the Elsesser family. Face molds are taken and then castings are made and added to the figure. Each life size figure is made of wire, cloth and plaster and new figures are added every year. They include adults, children and animals. The pictures below do not do justice to the spectacular scene, however, they will give you an idea of the extensive set-up and design that takes place every winter here in Gaylordsville.

Today I took some time to go and see the Creche. I snapped a series of photographs and you can click on them to see the larger image.


I wanted to get some good night shots of the Creche as it is lit by carefully placed spotlights and some of the scenes are lit by their own colored lights. It was not to be, my digital camera could not take acceptable night shots...

In the 17th and 18th century Naples, elaborate miniature creches were set up at Christmas in the homes of royalty, nobility and the wealthy bourgeoisie. This art form encompassed many aspects of Neapolitan artistry. From sculptures to fashion, blending scenes both sacred and profane. The Holy Family held the place of honor, along with the procession of Magi. But alongside these traditional scenes appeared a variety of genre vignettes. This portrayal of contemporary life distinguished the Neapolitan Creche.

You can see some pictures of the Creche figures covered in snow here. Be warned, it is a low bandwidth site.