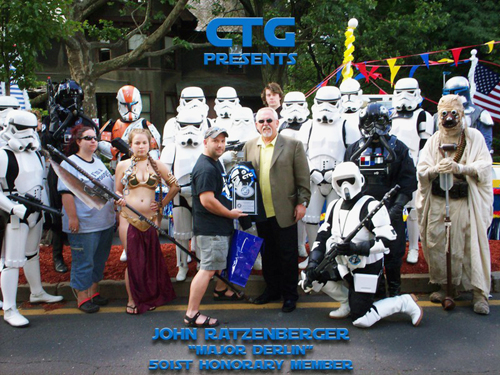 On Sunday, July 1st 2007, the 501st Legion CT Garrison inducted John Ratzenberger into the Legion as an honorary member during Bridgeport's Barnum Festival Parade. It was a real thrill to listen to him talk about his experiences on the set of Empire. After we inducted him, we gave him a handsome plaque, as well as some other 501st swag.

Mr. Ratzenberger was in the film Star Wars: The Empire Strikes Back, playing the part of Major Bren Derlin, though most people know him as Cliff Claven from the television show, Cheers.