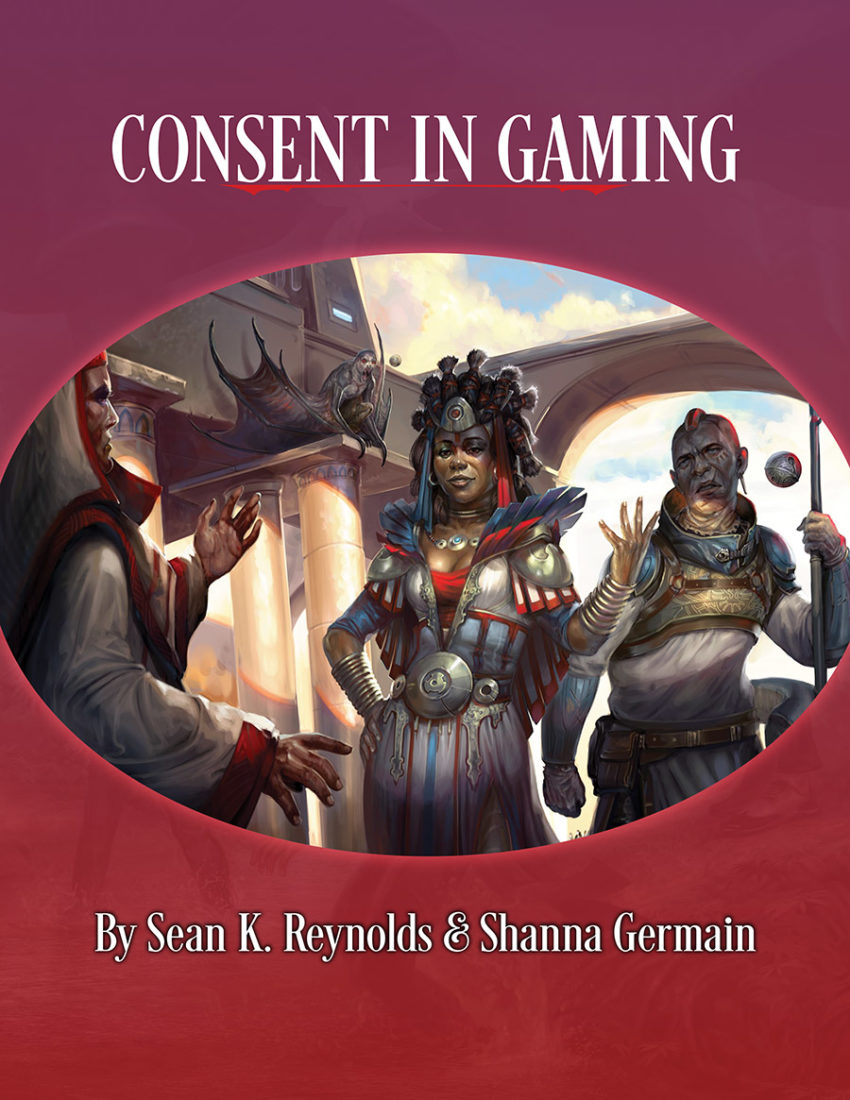 Recently Monte Cook Games released a free ebook titled Consent in Gaming. This free ebook is designed for modern gamers, I say that because a lot has changed since the 1970's and the original brown books.

In the early days of Dungeons and Dragons the game was predominantly played by men, or boys. There was not a lot of diversity at most game tables. The boys in Stranger Things are an example of the slow growth of the hobby and the tight knit social structure of each group that played together. The boys grew up together and know each other through and through. They never have to wonder what each of them would do in a given situation.

The 1980's was the decade that brought us the wonders of Dungeons and Dragons hitting retail chain stores while simultaneously putting us in the middle of the Satanic Panic around the game.

1982 brought us the extremely overblown movie Mazes and Monsters. A movie starring Tom Hanks that featured a troubled person who lost his grip on sanity, all blamed on the game. In reality he was under a lot of stress and just ran off for a while. His involvement with the game was very minor.

1983 through 1985 brought us the Dungeons and Dragons cartoon that aired on Saturday mornings in the USA. I fondly recall getting up early on Saturdays to catch the adventures of the kids from Earth. I even picked up a DVD copy of the series when it was released.

I didn't play a lot of RPGs in the 90's, I was busy serving in the US Army overseas. I even missed the beginning of the CCG revolution sparked by the release of Magic the Gathering. When I did exit the service and play the occasional game I still stuck with people I knew outside of the game. I made new friends in that time span but I didn't play with anyone that I didn't also spend time with away from the table.

Over the last few years, probably since a little while before the release of Dungeons and Dragons Fifth Edition, there has been an explosion of new players. Between games being streamed online, local league play options, and even software for playing virtually with distant people, the number of players and table options has soared so high that a lot of people are playing with people that they do not know outside of the game. While this is great for expanding the hobby it can also lead to some serious problems.

While the kids from Stranger Things were clearly limited by being the only kids in town who play they also had the benefit of knowing exactly how to tailor their game to each others liking. Today you can go online and find a group in minutes, a group of strangers. The tradeoff you make is that you know nothing about the players you are about to throw dice with. Not to sound like some sort of social justice warrior but different people lead different lives and different lives means you don't know what is acceptable unless you talk about it, which is exactly where this book comes in.

The book is free and contains a wealth of information on how to broach the issue of off-limit subjects. This is not some sort of book about trigger warnings or people scared of real life. No, it is book designed to help you open up a dialog with people you don't know to find out more about them. To find out what they do and do not want in the game and what to do with that information.

This topic got me to thinking. While my initial thought was, "who needs this? Don't players do things other than game with each other?" It wasn't long before a few of my friends pointed out how different everything is since I started playing. It also made me realize that even I have an off-limits subject when it comes to games. That subject would be cats.

In all of my years running games I never put cats in them, ever. Why? Because animal cruelty is a huge off-limits issue for me. I don't even like reading stories from kitten rescue groups because they talk about both their rescues and their failed rescues. I remember watching the original Alien movie and my only concern was whether Ripley's cat would make it or not. I don't include cats in my games because I want zero chances of having to deal with anything negative happening to them in the game.

If I joined a new group full of strangers how would I broach this subject? Would I even think it required discussion when I joined them? How would I react, if three hours into an adventure, I find myself at a table where animal cruelty is part of the story? It doesn't matter whether the cruelty is being performed by my fellow players or a nefarious NPC controlled by the DM. It is something I do not want to deal with in my leisure time.

Will this ebook solve all of the problems related to playing with strangers? Not likely. Is it a good first step? Certainly. If you bring this to a group of strangers and they deride you for your concerns then you have also learned that they are not the group for you.