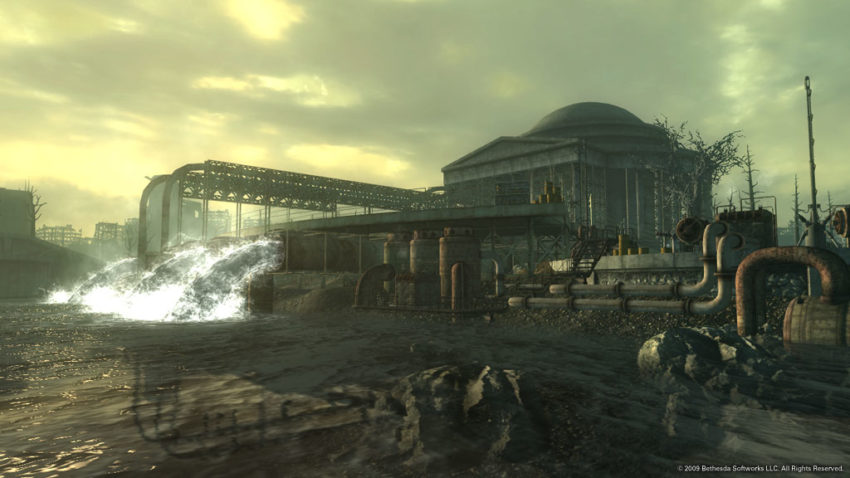 Continue your existing Fallout 3 game and finish the fight against the Enclave remnants alongside Liberty Prime. Broken Steel moves the level cap for your character from 20 to 30, allowing you to experience even more of the game, including new perks and achievements.
Story:

You may have dealt the Enclave a serious blow at Project Purity, but their forces are still out there, and still pose a grave threat to the people and security of the Capital Wasteland. In Broken Steel, you’ll continue your current Fallout 3 character past the events of Project Purity, and work with the Brotherhood of Steel to eradicate the Enclave threat once and for all. Travel to new locations like the Olney Powerworks, wield destructive new weapons like the Tesla Cannon, and fight powerful new creatures like the Super Mutant Overlord.

That is how Bethesda describes the new DLC content for Fallout3. that sort of information is good to get a general idea of what a game offers before you buy it but let me tell you right now that it does not do justice to what Bethesda has created.

When Fallout3 first hit the street a few people complained saying the game was nothing more than Oblivion with guns. Some of us (who greatly enjoyed Oblivion) took that as a compliment and more of a reason to give the game a chance. Give the game a chance we did and we loved it!

Fallout3 has been my main Xbox360 game since it came out last year. I have played it through several times with good, neutral and evil characters.My one main complaint has always been the level cap. My friends with the Windows version were lucky enough to have hackers remove that cap early on, not so for us console gamers (and why is that Bethesda? Why can't we use custom mods on the console version?)

When Operation Anchorage was released I gobbled it up. I used a sub-level-20 character to play through it and got all the goodies. Unfortunately I fell victim to the "shoot 'em in the head" bug and ended up using an earlier save game rather than miss out on the suit of T51b armor from Fort Constantine.

When The Pitt was released a short time later (though it felt like forever) I took my character through it and gained a few levels. I also lost out on some of the unique items due to my fervent desire to find all of the ingots coupled with a lack of carrying strength. I do have to say that the Tribal Power armor is the best!

Broken Steel kind of snuck up on me. I knew it was coming but I thought it would not be out for a while longer. Imagine my surprise to wake up one morning and see it featured on my Xbox dashboard! Yes, I ponied up the points and downloaded it. I did not, however, start playing it right away. 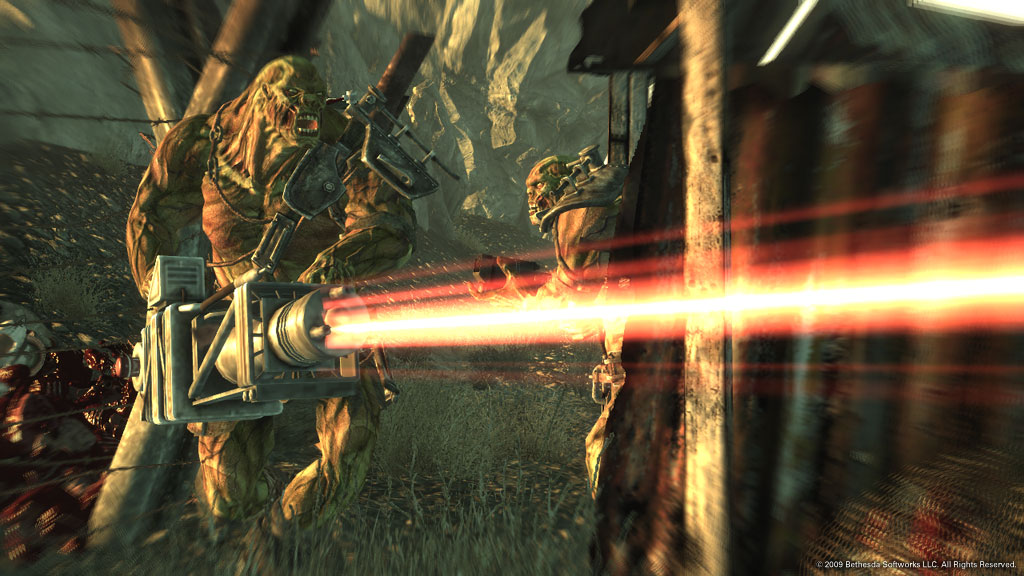 One thing I knew about Broken Steel was that along with raising the level cap it would also raise the power cap on the monsters. The Super Mutants, Ghouls, Enclave and Rad Scorpion factions all see a substantial power upgrade in this bit of DLC.

The Super Mutants get the extremely bad-ass Super Mutant Overload. This beasty is half-way to becoming a Behemoth and it shows! Your toughest weapons appear to just bounce off of them. I depleted a missile launcher from a high state of repair to scrap trying to take one of these bastards down. When you do take them down you are often rewarded with some serious loot, including the much coveted Tri-Beam Laser Rifle.

The Ghouls get a new creature in the form of the Feral Ghoul Reaver. These super-powered Ghouls are extremely tough to kill and they pack a ranged attack. These things can even survive a hit from a mini-nuke! If you are wondering how tough these things are think of what you would get if you crossed a Deathclaw with a glowing One and gave it the HP of a Behemoth. Sound scary? Now imagine entering a room and finding three or more of them present! They do have one weakness, the Ghoul Mask.

Finally we have the Albino Rad Scorpion. Just as big as a giant rad scorpion these things are the white terror of the wasteland. They have 75% of the HP of a Behemoth and they regenerate in sunlight! This critter makes the Entomologist perk worth taking! 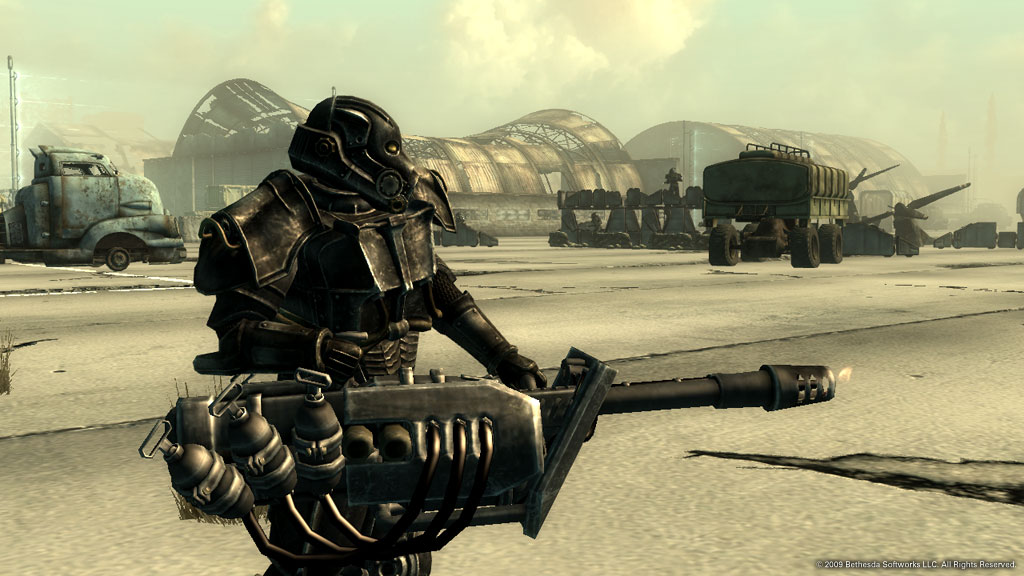 Know how you can typically take out an Enclave Trooper with a couple of head shots through VATS? Not so with the Hellfire Troopers. They wear a suit of armor that is second only to the well known T51b power armor. Their weapon of choice, the Heavy Incinerator is a ranged fire weapon that sets enemies on fire on contact. Of all of the Enclave troops these are clearly the most dangerous and the most likely to kill you.

I found the Sigma Troopers to be hardly better than the standard Enclave Trooper. They are dangerous because of the numbers they appear in but with the right perks you can take them down very quickly.

Unlike previous Fallout3 DLC Broken Steel does not take place outside of the Capital Wasteland. While the final portion of the main quest does take place at a far away place the game does not force you to ditch your follower. Broken Steel adds the following new areas to the game: Adams Air Force Base, Holy Light Monastery, Museum Authority Building, Olney Powerworks, Presidential Metro and the Satellite Relay Station. some of these locations have multiple sub-areas.

Broken Steel also adds three new side quests that repurpose existing areas of the DC Wasteland. Just because you've been somewhere before does not mean that place will not have new residents when you arrive now.

The only problem I had with the new locations was in finding the entrance to the Presidential Metro Station. I think I spent 30+ minutes looking for how to get in only to find out later that I missed the entrance because an NPC was blocking my view of it when I first came near it! Here's a tip: It's not the locked door in the Capital Building! 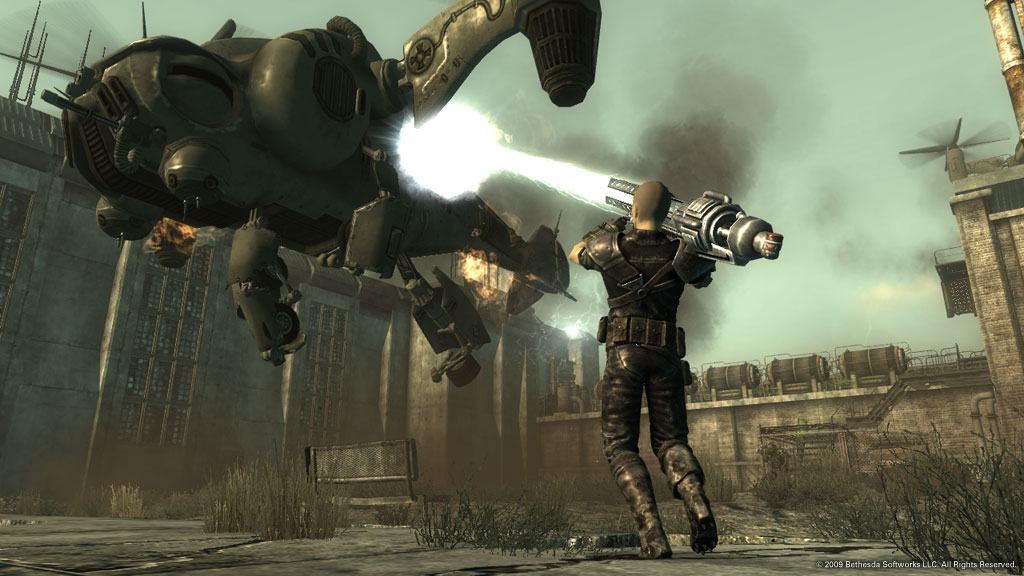 Without spoiling anything I just have to say what a good friend of mine said, "Broken Steel is what Bethesda has been working on all along. Anchorage and The Pitt were just crumbs they threw out to gamers to keep them interested in the game." Yeah, that pretty much sums up my feelings about this piece of DLC.

Before Broken Steel reaching level 20 meant you had no fear. Nothing in the Capital Wasteland could hurt you at level 20. With skills maxed out and the Terrible Shotgun in your hands nothing can stop you. Not so anymore. The three new creatures can easily take you out with only a few hits.

The Pitt added some interesting background on the DC Wasteland and the Slavers but no super weapons were to be found there unless you count the insane Tribal Armor that gives you all sorts of bonuses!

I do have to say that there were times while I was assaulting the Air Force Base when I thought ditching my follower would have been a good idea. Even outfitted in the T51b armor Charon was running out in front of enemies and getting himself killed! I reloaded previous saves not because I need his help but because he was holding all of my ill-gotten gains! There is a ton of stuff to grab on that base!

A few people have mentioned how awesome the Tesla Cannon is. Let me say upfront that it is great against sentry gun emplacements and Vertibirds, not so good against everything else. There is nothing like the feeling you get from knocking a fully loaded Vertibird out of the sky before it can offload its squad of Enclave troopers!

I simply can't say enough good things about Broken Steel. It brought new life into a game that I still thought had plenty of life left in it. I do wish they had allowed for skills to go over 100% but that's not a huge deal. I also wish they added some better perks at the higher levels but how do you top the four you had to pick from at level 20 in the first place?