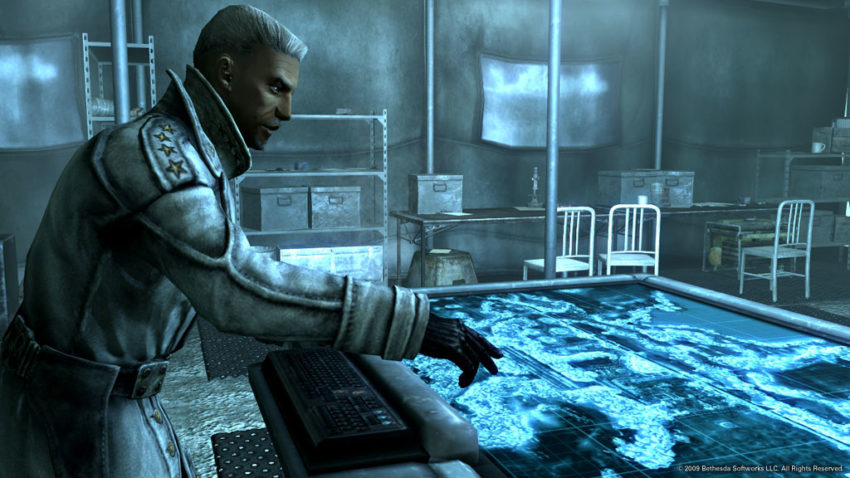 Description:
Operation: Anchorage. Enter a military simulation and fight in one of the greatest battles of the Fallout universe; the liberation of Anchorage, Alaska from its Chinese Communist invaders. Gain access to unique armor, weapons, and exotic gadgets while you build and command interactive Strike Teams to win the battle and defeat the Chinese base.

Story:
The Brotherhood Outcasts are trying to acquire advanced military technology, and the only way to open the vault containing these relics is by completing a tactical simulation only you can enter. In Operation: Anchorage you will re-live the epic Battle of Anchorage from Fallout lore. Find your way into the simulation, stripped of resources, and survive within the rules set up by the simulation's creators. The Chinese red army is everywhere, so secure the surrounding mountain side and fight your way into the Chinese base.

Now that you've read the canned text from Bethesda it's time for you to read my opinion on this piece of work.

OPINION
The first thing that struck me as odd is that Bethesda is waiting until their third DLC release before upping the level cap from 20 to 30. Now I do grant that a level 20 character in this game is nigh on indestructible but level 20 also means you only get 20 perks. Since most of us who have played the game prior to this piece of DLC have already hit the level cap and knowing that the DLC that moves the level cap up will be the last release may make some fans hold off and buy all three at once. Or they may wait for the Game of the Year edition (think Oblivion) and buy it all in one go.

The second thing that bothered me is that when you first enter the simulation you start talking to a soldier who begins to tell you what to do. This is great and all but there were no subtitles. Generally when a character in the game talks without subtitles it is because they have nothing interesting to say. This guy had important things to say and I'll have to replay the content to find out what he said.

There is a significant bug in the game where upon claiming the Winterized T-51b Power Armor from the armory the You Gotta Shoot 'Em in the Head Quest will complete. If you have not claimed the keys for this quest before this you will not be able to claim them at all.

A new Perk named Covert Ops (Science, Small Guns and Lockpick +3) can be gained by finding all ten intel briefcases.

The DLC is broken into three main parts. The first part is where you find the radio signal and help the Brotherhood of Steel Outcasts by entering the simulation. The second part is when you accept the mission to destroy the three big guns on the cliffs. The third part is where you command a strike force to take out several targets controlled by the Chinese Military.

After meeting up with them they request your aid killing some Super Mutants. It's an easy moving battle and soon you will be in an underground bunker preparing to enter the VR world to unlock the armory. (There is a body with a Vault 108 uniform in one of the side rooms.) 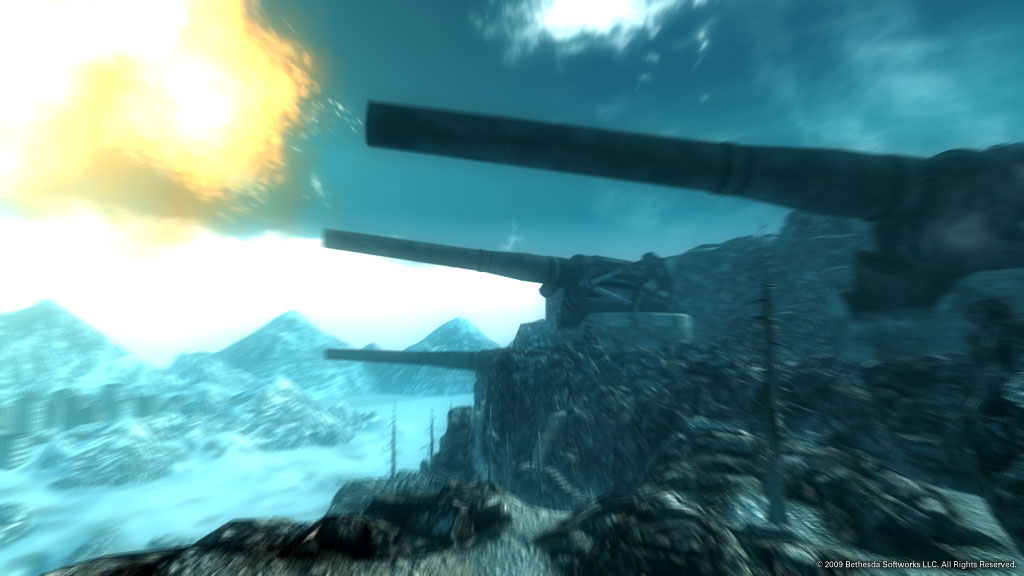 Part Two: Take Out The Guns
As soon as you enter the VR world you will see a soldier named Sergeant Benjamin Montgomery. He will go into a big spiel about destroying the guns and then vanish. A little ways into this mission you will encounter him again.

When destroying the big guns be sure to have a solid wall between you and the explosion. Don't think you can just hide inside a bunker because you will die! The shrapnel flies through the bunker fire holes and kills you every time.

Once you destroy the last gun you teleport back to base camp So be sure to get all of the intel before you blow the last gun.

Part Three: The Big Offensive
There are three parts to the third part of the DLC. Part one has you blowing up a fuel depot, part two has you clearing an observation post and the final part is where you take down a defensive shield and go in to kill the enemy general. Once he is dead the VR ends and you jump back to the "real" world.

A quick jog to a computer terminal unlocks the armory where you get free reign to take everything. It is at this point that a minor mutiny occurs and Brother hood Outcasts start attacking their leaders for letting a wastelander grab the goodies they fought for. If you help stop the mutiny you gain a friend who will repair things for you for caps. 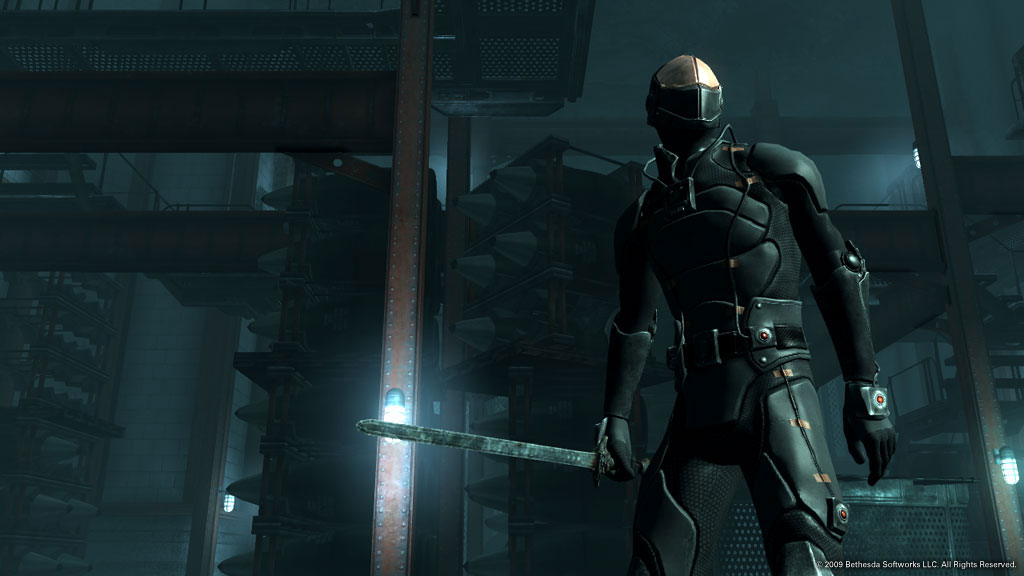 Loot
All the cool gear and weapons you used in the VR world are in the vault. That includes the awesome Chinese Stealth Suit (Stealth +15, DR 28) that operates like a Stealth Boy when in Sneak mode as well as the Gauss Rifle.

Other Notes
The Chinese Stealth Suit is lethal when you first encounter enemies using it. For one thing you can not lock on with VATS when an enemy is in stealth mode. Enemies do bounce out of stealth mode for a few seconds when you hit them. Unlike you they can be in stealth mode while standing upright.

Dead enemies vanish when you kill them so you can not loot bodies inside the VR world.

It took me about four hours to play through the DLC. Your mileage may vary.