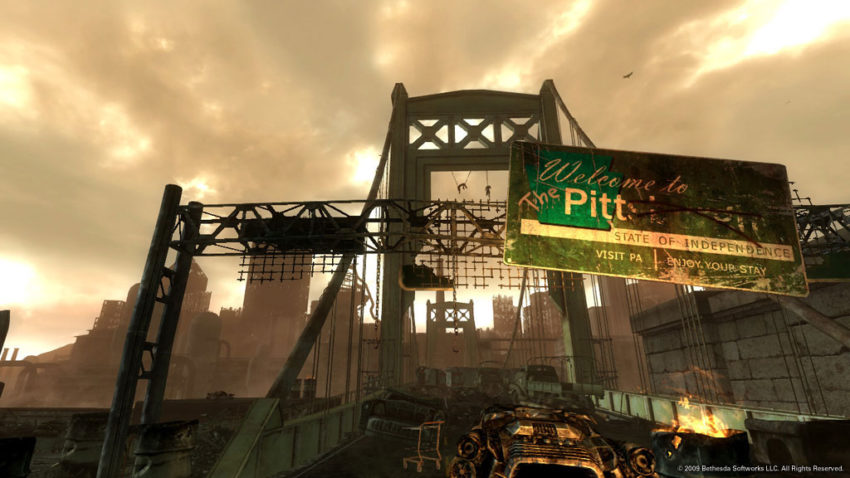 Description:
The Pitt allows you to travel to the post-apocalyptic remains of Pittsburgh, Pennsylvania and become embroiled in a conflict between slaves and their Raider masters. Explore a sprawling settlement ravaged by time, neglect, nuclear radiation, and moral degradation. The Pitt is filled with morally grey choices, shady NPCs, new enemies, new weapons, and much more.
Story:
The Pitt opens with a desperate radio message, and a meeting with its sender, an escaped slave named Wernher. Wernher claims that the leader of “The Pitt” has created a cure for mutations… and he needs you to go in and retrieve it. From there, the player can proceed in a number of ways, in true Fallout 3 style. Do you fight your way in, or disguise yourself as a slave? Ally with the slaves, or join their Raider overlords? The Pitt is very morally ambiguous – there’s no real right or wrong, just choices to be made, sides to be chosen, and a mystery that could send shockwaves throughout the entire Wasteland.

After burning through Operation Anchorage