This review should be slightly more relevant than the last, as Zombieland was only just released a couple of weeks ago in the U.S. Perhaps future postings will be even more so, provided I resolve to more diligently refrain from frittering precious time away on certain anonymous image boards. Regardless, this article's relevance is indirectly proportionate to my rambling, so let us commence!

As is usual, this review is not a summary, and I will refrain from spoiling key story developments.

Although 'd heard of Zombieland's rave reviews, I was apprehensive entering the theatre.

You see, my only real impression of Zombieland's plot was this: In a world where Woody 'Tallahassee' Harrelson has got one mean hankering for a Twinkie, no zombie is safe. Jesse Eisenberg, AKA Columbus, is the socially inept and chronically phobic Sancho Panza to Harrelson's Don Quixote, clashing starkly with Harrelson and his up 'n at 'um attitude. When the time comes to 'nut up or shut up,' hilarity ensues. 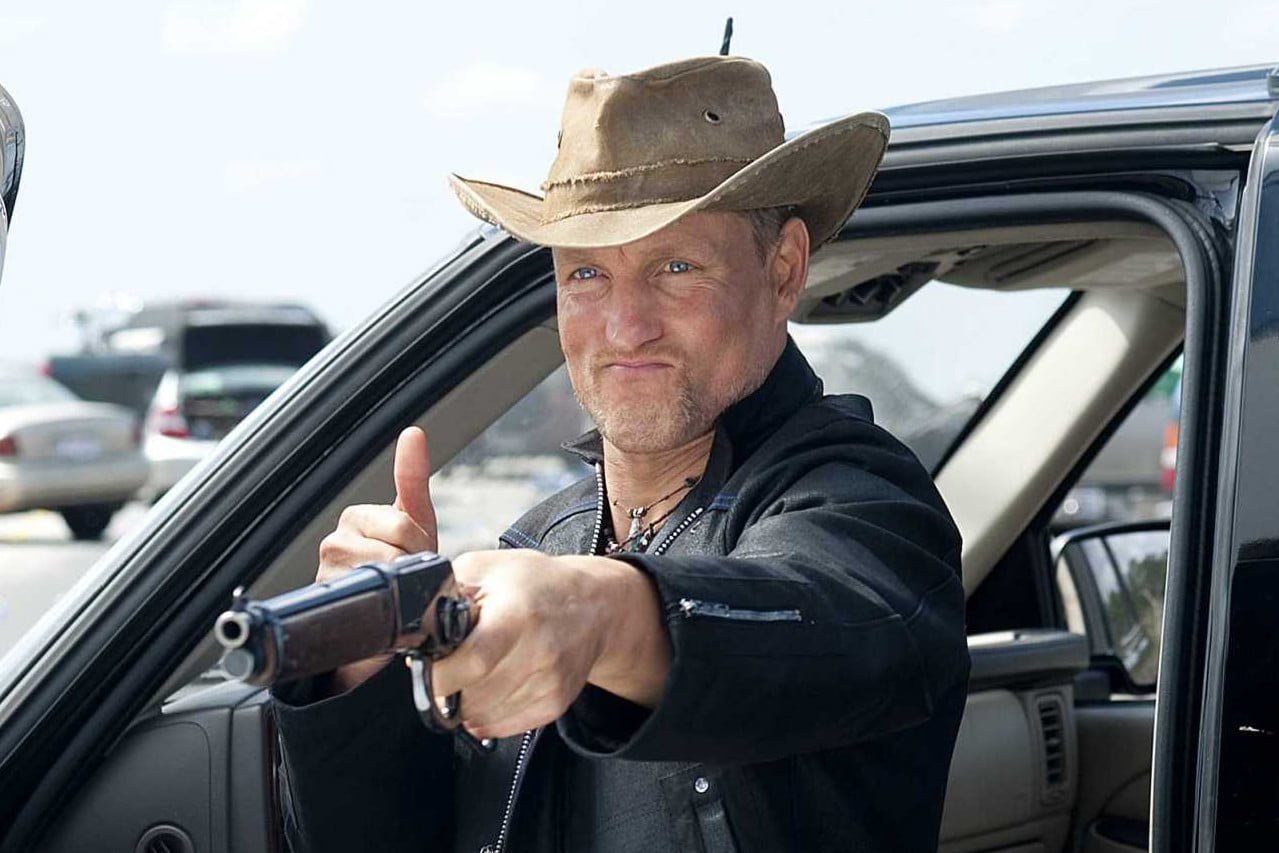 In short, I was afraid that Zombieland would be just as brainless as its undead. I feared that the 'zombie survival 101' gimmick would wear thin, and that Columbus's Bueller-style soliloquizing would just feel forced. But just as certain among Columbus's terrors are met head-on and dealt with, so too were my own worries laid to rest by the bell's final toll.

Despite his inane motivations, Tallahassee sticks by your side throughout as the big oaf with a big heart. There's a tender side to what the zombies see only as tender flesh, a part of Tallahassee that slowly but surely gurgles to the surface. Contrary to what I'd feared, Harrelson's search for the last 'spongy yellow bastard' on earth serves wins the marathon as a running gag, and does not over-exert itself. In all seriousness, it's a serious endeavor. Now, I may be digging too deep here, but it's my belief that Tallahassee's philosophy of enjoying 'the simple things' is his best remedy for dealing with both painful memories and Zombieland itself. In a world without people, a Twinkie is all that stands between Tallahassee and insanity.

Next is Columbus. Although he certainly does occupy the role of Sancho Panza with relation to Tallahassee (Tallahassee being perhaps as insane as Quixote himself), Columbus differs in that he, rather than Tallahassee, occupies the role of main character. 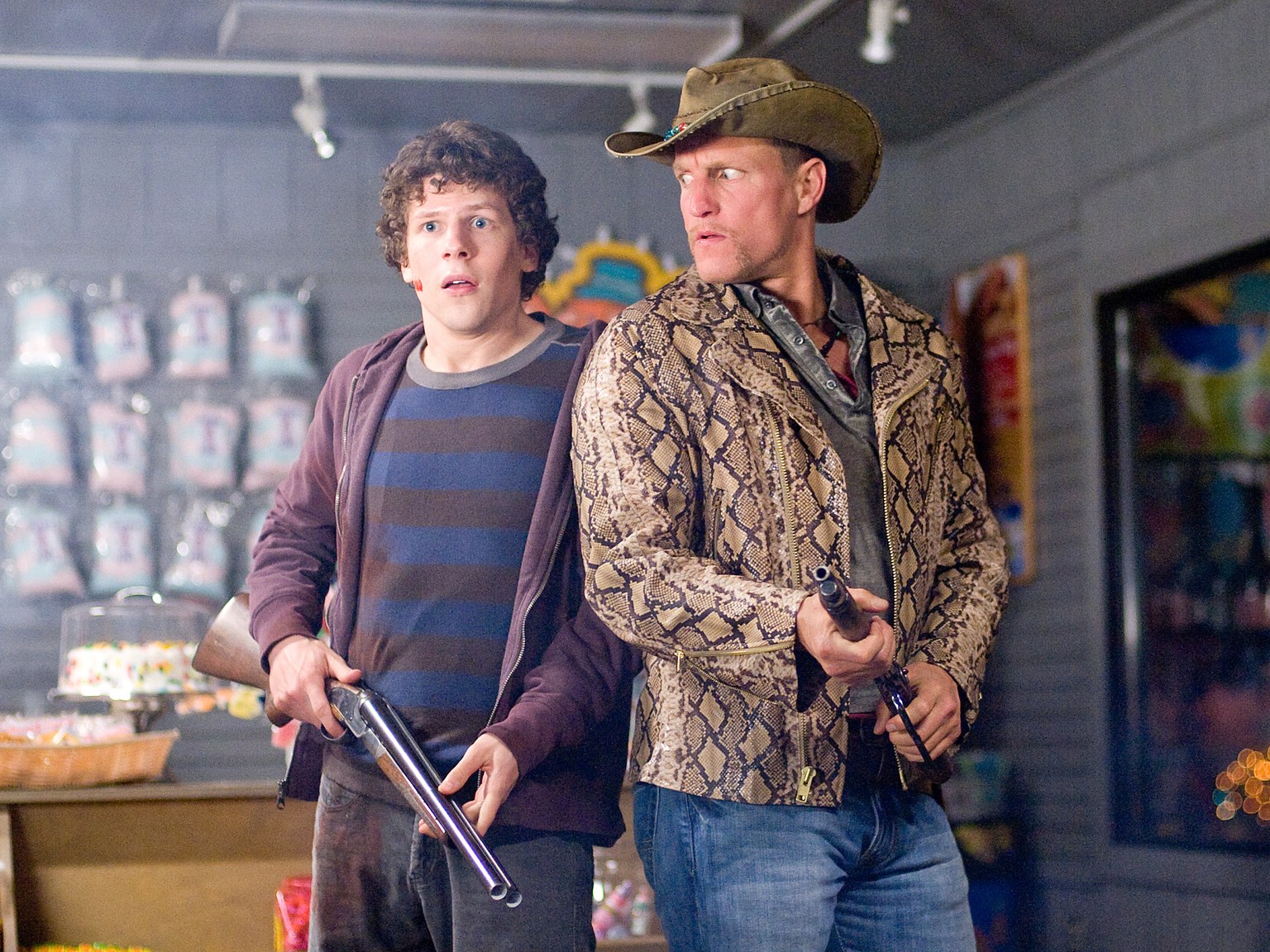 My main fear, here, was that Columbus would be little more than just another Evan a la Superbad, characterized only by the shallow stereotypes that, combined, constitute the modern definition of a nerd. In many ways, Columbus is host to those traits and more; however, they do not define him. When faced with the drooling maw of half a jaw, he does not attempt to cast Meteo. His double-tap is of the shotgun variety, not the B-button. Columbus may play a Wood Elf, but his performance is far from wooden.

Just as I'd feared that Columbus would simply be Evan take two, so to was I afraid that Wichita would be little more than Jules 2.0. Indeed, actress Emma Stone played both roles, Superbad's Jules and Zombieland's Wichita, rendering my concerns quite well-founded. Wichita's character is that of the headstrong and manipulative young woman who, by her wit and wiles, can easily hold her own in a fight. At first glance, she's just the freshest bad girl on the block, yet another 21st-century cliche. Wichita's younger sister, Little Rock, is even worse. Possessing Wichita's same qualities, Little Rock squeezes them into an even more ironic parcel, being a 12-year-old little girl and all. Together, the two sisters are partners in crime, surviving by their smarts as much as by their killer instincts. 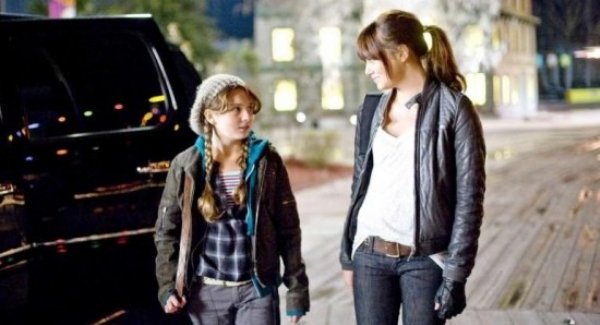 Pre- and post-Zombieland, both Wichita's and Little Rock's modus operandi is to expertly con unsuspecting men out of house and home via their feminine charms. For instance, one flashback scene features the sisters tricking a 40-year-old virgin-type gas attendant out of $300 and a fill'er with utter impunity. They time and again succeed in getting Columbus's and Tallahassee's proverbial goat. Yet, after a more extensive analysis of both characters, you should discover just as I have that there's definitely much more to them under the hood. For instance, one has to wonder, what were these two young girls doing all by themselves pre-Zombieland? Are they orphans? Like in the case of Tallahassee, the film challenges the viewer to fill in the blanks. Some may argue that this tactic is cheap, but I disagree. To the contrary, it lends great intellectual depth to what would otherwise be a mere half-a-laugh undead shoot'em up. 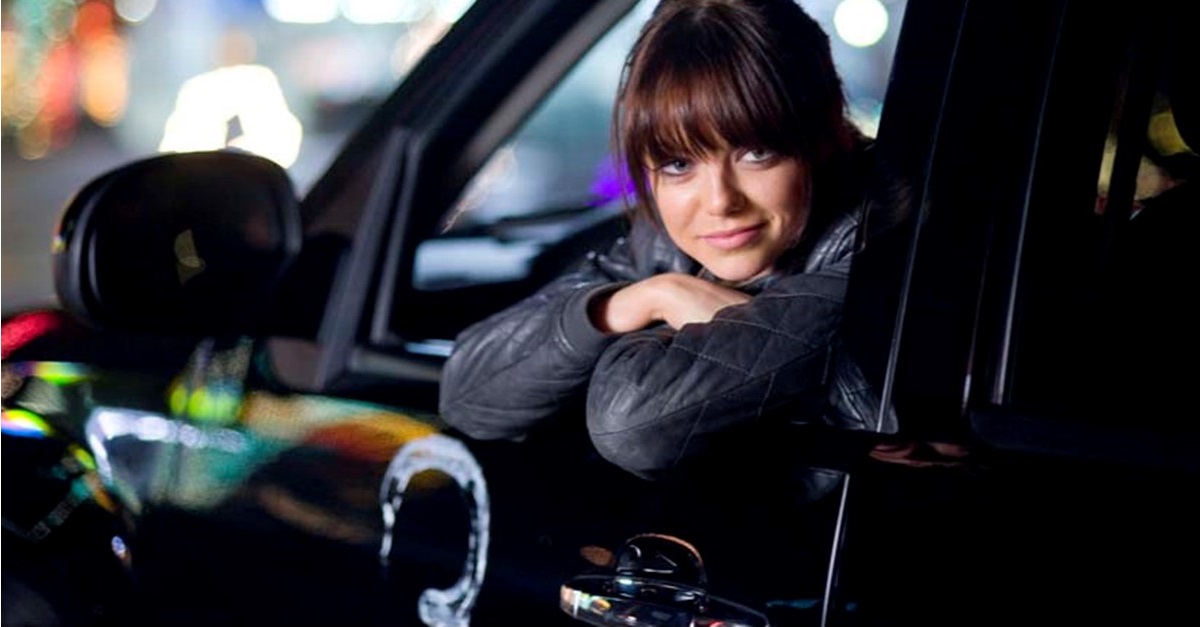 At first a motley crew whose quirks and stubbornness compound the overall hopelessness of their situation, by curtain call all are united as one big happy family. As Columbus observes, 'What's life without people? After all, without the people you love, you'd might as well just be a zombie." The moral of the story, perhaps the oldest one in the book, is nevertheless undeniably poignant.

It should be clear by now that I wholeheartedly enjoyed the film and would recommend it to just about anybody not in the no-fun club. This would normally be the paragraph that my official endorsement would occupy; however, in the case of this review, the whole of its text has thus far been one great recommendation. See Zombieland, it's well worth the ticket price. In conclusion, the only downside to the film is that-- similar to 9-- it's dreadfully short, clocking in at precisely 80 minutes long. But oh, is it sweet!