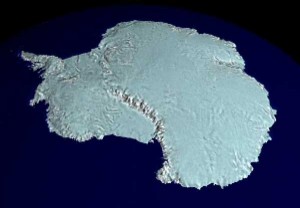 SAN FRANCISCO--(BUSINESS WIRE)--Adventurer and explorer Alison Levine has completed 225 miles in her attempt to become the first American to follow a route to the geographic South Pole inspired by legendary, Italian explorer Reinhold Messner. Messner was the first to complete the route in 1989. Levine, a San Francisco resident, left in early December for the Ronne Ice Shelf where she began a 574-mile journey across Antarctica on skis. She hopes to complete the journey in six weeks and return to the U.S. by mid-January.

Levine is traveling with three other adventurers from Canada, Holland and Norway in addition to an Australian, who is leading the team. The team is averaging 15 miles a day and is currently traversing between the Thiel and Pensacola Mountains in west Antarctica. They will eventually reach the Antarctic Plateau, which has an average elevation of 10,000 ft. Levine, 5 feet 4 inches tall and 112 pounds, is hauling 150 pounds of her own gear and supplies across Antarctica, which is the coldest and windiest continent on the planet with average temperatures of -50°F.

"To complete half of this trip feels pretty darn good, but I still have a long way to go and plenty of challenges ahead," said Levine. "In addition to the extreme weather and altitude, there is crevasse danger along the way, which makes this a tricky traverse. My previous mountaineering experience has come in handy while navigating the route."

Levine is making the journey despite suffering from Raynaud's Disease, a neurological disorder that causes arteries that feed her fingers and toes to collapse in cold weather leaving her at extreme risk for frostbite. Levine was also born with a life-threatening heart condition called Wolff-Parkinson-White Syndrome and has had two surgeries to correct the problem.

"Risk-taking is what makes life exciting - you just have to be smart about it," said Levine. "You have to go out there and create your own adventures. At times the unknown can be scary, but fear is okay as long as it doesn't keep you from moving in the direction of your goals."

Levine served as the team captain of the first American Women's Everest Expedition in 2002. Two years later, she skied across the Arctic Circle to reach the geographic North Pole and has also climbed the highest peaks on six continents. Levine is chronicling her journey on the following blog: http://www.kepplerspeakers.com/Levine/2007/11/track_alison_levines_ progress.asp. (Due to its length, this URL may need to be copied/pasted into your Internet browser's address field. Remove the extra space if one exists.)