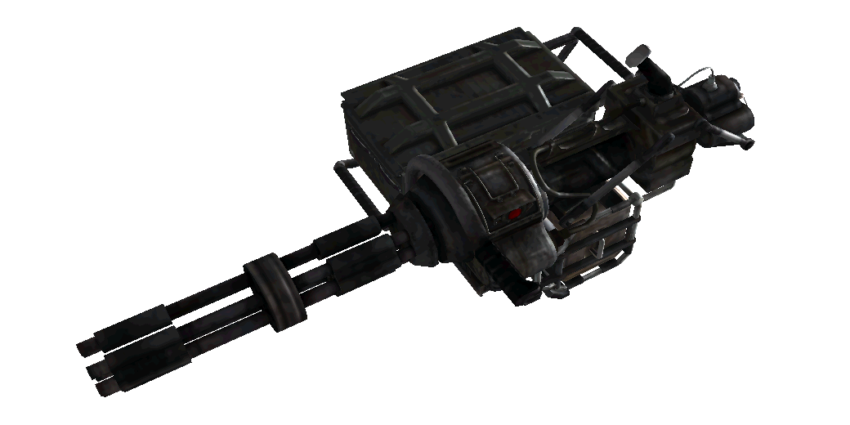 I've been spending the last week or so exploring Point Lookout in the latest DLC for Fallout 3. I have to say that this bit of DLC is very impressive and added several hours of fun to the game. Considering Fallout 3 is a game with an infinite amount of hours of fun I don't know how to exactly gauge the extra hours of fun.

After Broken Steel added several tougher versions of the staple creatures I have been trying to figure out the best way to take down these suped-up versions of the weaker relatives.

You could just opt to run and fire, expending a lot more ammo than you might need to kill their normal counterparts but ammo is not exactly infinite in the game. I tend to burn through Plasma Rifles a bit quicker than I would like and they tend to eat MF cells at a rather rapid pace.

The Combat Shotgun is still one of the best close in weapons due to its high damage and decent ammo numbers While the old faithful Hunting Rifle is great for distance shooting.

While wandering the swamps and getting swamped by the mega ghouls I began to take an inventory of my ammo supply. One thing I noticed right away was the large amount of 5mm ammo I had amassed. It was about this time that i realized that only one weapon in the game uses 5mm ammo; the Minigun! 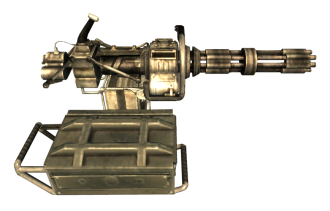 When I first tried this weapon out I was not impressed. I found it to be highly inaccurate and not as good as the Combat Shotgun for taking down Super Mutants. Please keep in mind that my first exposure to this weapon was before even the first bit of DLC was available.

I now understand that the problem I had was not with the weapon but with my inability to properly use the weapon. I was trying to use it the same way I used direct fire weapons; with VATS. The Minigun, and it's cousin the Gatling Laser, both fall into the category of support or suppressive fire weapons. These weapons are not meant to be used with VATS! These are FPS style weapons and should only be used in that mode.

Knowing I would likely be facing large numbers of Ghouls in close quarter fighting I repaired a Minigun up to 100% and put it in rotation with a Sniper Rifle and a Combat Shotgun. I am glad I did!

While I was able to snipe many of the Ghouls with head shots the Reavers are simply too tough to go down with one hit. Instead of wasting shots sniping I would simply snipe once and then train my Minigun on them while they lean back and roar. As long as they have a straight path towards you they will run right into your line of fire and go down after a few seconds.

When I reached the Virulent Chamber in the lower levels of the Dunwich Building I was able to stand on the walkway and lay waste to all of the Ghouls in the chamber below with the Minigun! Destroying the book was a simple matter after that.

With my a new found appreciation for this weapon I headed for home and dug out Eugene, the unique Minigun you can acquire by helping out Reilly's Rangers. This version has about 50% more hit points and 25% more damage than the standard version. It can also be repaired using regular Miniguns.

I took Eugene back to the swamp and let me tell you that I burned through a lot of 5mm rounds back in Point Lookout and Eugene never let me down!