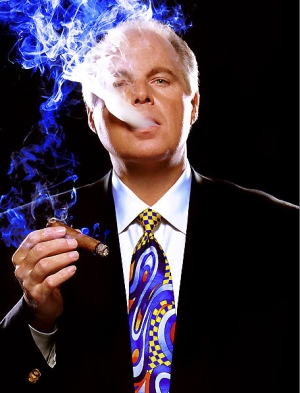 On September 26th 2007 Rush Limbaugh had a conversation with a caller about "phony" soldiers. This call was referencing an earlier discussion about a specific "phony" soldier who was found to have forged his military records. This soldier claimed to be an Army Ranger who had served in Iraq and witnessed atrocities.

CALLER 2: No, it's not, and what's really funny is, they never talk to real soldiers. They like to pull these soldiers that come up out of the blue and talk to the media.


CALLER 2: The phony soldiers. If you talk to a real soldier, they are proud to serve. They want to be over in Iraq. They understand their sacrifice, and they're willing to sacrifice for their country.

The phony soldier is none other than Jesse Macbeth, a darling of the anti-war movement.

Looking on Wikipedia (take it with a grain of salt) I found an interesting entry on the life and times of this particular phony soldier: Jesse Macbeth.

Jesse Adam Macbeth (b. Jesse Adam Al-Zaid,[1] in 1984) falsely claimed to be an Army Ranger and veteran of the Iraq War. He lied in alternative media interviews that he and his unit routinely committed war crimes in Iraq.[2][3] Macbeth began to attract significant attention after the release of a video containing his allegations;[4] transcripts of the video were made in English and Arabic.[5] According to the U.S. Army, there is no record of Macbeth being a Ranger,[6][7] or serving in a combat unit: he was discharged from the service after having been declared unfit or unsuitable for the Army, or both,[8] before he could complete basic training.[9]

Many anti-war websites immediately jumped on what Rush said and published his words out of context, making it appear that Rush was calling all soldiers who oppose the war phony soldiers. The reality is that Rush was only talking about one specific person who is indeed a phony soldier.

Media Matters published a story on this and it was quickly picked up and submitted to social media sites Digg and Propeller.

After reading some of the comments on both of these sites it has become apparent to me that many of the members of these sites (that leave comments) are letting themselves be swayed by careful editing and propaganda. There were some comments in Rush's defense but most were quick to label Rush as a racist or propaganda man for the Bush administration.

I've been waiting for this gutless windbag to just say it in plain english...neocons don't love the military and dont love America.I hope this video reaches the troops in Iraq and Afghanistan...maybe Rush wants to start a civil war within the military to rid itself of the "phony soldiers".

"Phony soldiers"? Limbaugh go screw yourself. Those who only do the talking and not fighting are more likely the ones to be "phony soldiers". Limbaugh I don't see you drag your ***** ass out there. I bet you too the soldiers know a lot more than you do, asshole. It's these stupid comments that just drives me crazy

I also saw one great comment on Digg from a user who not only gets it but tried to educate the diggers about the propaganda taking place:

I know it's a waste of time to try and speak the inconvenient truths to the rabidly partisan and disinterested in contrary reality Diggers, but perhaps a few still capable of independent thought will take a moment to see how Media Matters is lying to them and how easy the Truth is to find if you're willing to take two minutes to look for it.


Note that the MM piece cobbles together their claims by quoting a few of Limbaugh's words at a time and gluing them together with THEIR interpolating phrases to give the appearance he is smearing the troops. At the bottom of the article, they quote a huge chunk of Limbaugh's broadcast, BUT they don't provide the link to the page where people could go and read THE WHOLE THING WHICH HAS SIX MORE PARAGRAPHS of exchanges, including these two:
=================
Here is a Morning Update that we did recently, talking about fake soldiers. This is a story of who the left props up as heroes. They have their celebrities and one of them was Army Ranger Jesse Macbeth. Now, he was a "corporal." I say in quotes. Twenty-three years old. What made Jesse Macbeth a hero to the anti-war crowd wasn't his Purple Heart; it wasn't his being affiliated with post-traumatic stress disorder from tours in Afghanistan and Iraq. No. What made Jesse Macbeth, Army Ranger, a hero to the left was his courage, in their view, off the battlefield, without regard to consequences. He told the world the abuses he had witnessed in Iraq, American soldiers killing unarmed civilians, hundreds of men, women, even children. In one gruesome account, translated into Arabic and spread widely across the Internet, Army Ranger Jesse Macbeth describes the horrors this way: "We would burn their bodies. We would hang their bodies from the rafters in the mosque."


Now, recently, Jesse Macbeth, poster boy for the anti-war left, had his day in court. And you know what? He was sentenced to five months in jail and three years probation for falsifying a Department of Veterans Affairs claim and his Army discharge record. He was in the Army. Jesse Macbeth was in the Army, folks, briefly. Forty-four days before he washed out of boot camp. Jesse Macbeth isn't an Army Ranger, never was. He isn't a corporal, never was. He never won the Purple Heart, and he was never in combat to witness the horrors he claimed to have seen. You probably haven't even heard about this. And, if you have, you haven't heard much about it. This doesn't fit the narrative and the template in the Drive-By Media and the Democrat Party as to who is a genuine war hero. Don't look for any retractions, by the way. Not from the anti-war left, the anti-military Drive-By Media, or the Arabic websites that spread Jesse Macbeth's lies about our troops, because the truth for the left is fiction that serves their purpose. They have to lie about such atrocities because they can't find any that fit the template of the way they see the US military. In other words, for the American anti-war left, the greatest inconvenience they face is the truth.
===================
As you can NOW see, Limbaugh was referring to a genuinely fake soldier and provides the links to the stories backing his point. There have been several of these fake soldiers getting fawning coverage in the Treason Media, only to have to be disowned, but to Media Matters (But Truth Doesn't), Limbaugh is just making stuff up and the rabid unhinged herds of Diggers who vomit canned anti-war, anti-Fox News, anti-Rush, anti-O'Reilly, anti-anything that's not Ron Paul, Can'tMoveOn.Argh talking points or propaganda from the usual handful of George Soros-funded sites don't care because facts don't matter to them, just Digging their ignorant prejudices.


What's most pitiful is that Diggers are constantly posting hyperbolic stories that claim to prove that there is a cover-up of the Truth, but their "proof" of the cover-ups is almost always based on lies and fantasies that are easily debunked by the REAL TRUTH. Ever notice how smart these useful idiots are? I mean, they can't STFU for a moment about how on top of things they are when sensible, sane and actually-interested-in-Truth folks know they're hopelessly ignorant and duped.

As of this posting the anti-Rush comments have far more Diggs than the ones that are trying to reveal the truth.

The heart of this story is the fact that Media Matters decided to take Rush's words out of context and make it appear as if he were disparaging real soldiers when he was in fact exposing the anti-war movement's use of phony soldiers to further their cause. Much like John Kerry's famous speech before the US Senate on atrocities he claimed to have seen but did not, the anti-war movement is trying very hard to show a side of the war that is not real and has no qualms about using liars and "phony" soldiers to do so.

They are looking back at their victory during the days of the Vietnam War and they are trying to duplicate it. The problem they have is that the truth is out there and is exposing them for what they really are. Because they can not fight the facts they are doing everything they can to malign the truth speakers. Because they know a large number of impressionable youths use social media sites they are using these sites to spread their propaganda.

Will it work? So far it is working. Even scarier is that when some Democrats on Capital Hill were asked about Rush calling (all) anti-war soldiers "phony soldiers" they did not even question the validity of the statement but instead pounced on the man taking the claim as fact:

Someone should tell chicken-hawk Rush Limbaugh that the only phonies are those who choose not to serve and then criticize those who do. I served proudly, so did two of my fellow paratroopers in the 82nd Airborne who spoke out and died just weeks ago. Generations of American veterans have worn the uniform with pride and we know it is no contradiction to serve your country and still disagree with the Bush-civilian leadership that mismanaged this war.

See, it is not just the social media users who are being fooled here. Elected members of the US government are also believing what the anti-war movement is telling them without a hint of fact checking.

If you use social media (or are a member of Congress) it is imperative that you not fall for the propaganda put forth online and pushed on social media sites. Instead you should do your own fact checking and think for yourself. Just think, if Dan Rather had done some fact checking rather than believe the story he was handed he would still have a job and not be suing his former bosses for millions of dollars.

Editor's note: The original publication of this article had an improperly placed ending blockquote tag that gave the appearance of the caller naming Jesse Macbeth directly. We apologize for the error and it has been fixed