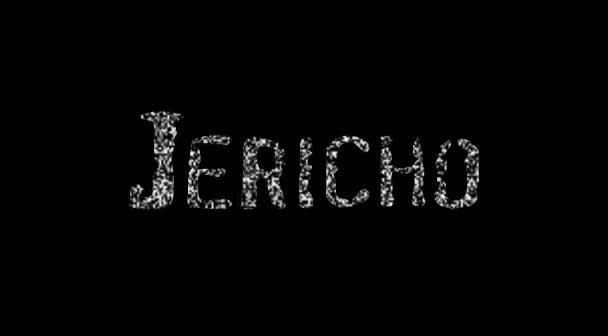 One of my favorite genre's for T.V, movies and video games has to be post-apocalyptic. I'll even suffer my way through some really bad movies when they fall into this genre. Not everything in this genre is bad and once such excellent piece of work has to be the now canceled CBS show Jericho.

The series ran for one full season and then a second seven episode season was produced due to fan outcry. Without the support of some very dedicated fans that short second season would have never been made. Considering the way season one ends it would have been a crime not to have created a second season!

The plot of Jericho is simple to explain: A group of terrorists have set off a nuclear bomb in the nearby city of Denver. The residents of Jericho Kansas find this out when they see a mushroom cloud on the horizon. What they don't know (and we later find out) is that it was more than one bomb that went off.

The terrorist plot is gradually exposed to the viewer over the course of the series and by the time the second season ends we find out exactly what is going on. There is still room for the series to go on but for those who like their canceled shows to end without loose strings this show does just that. Even though I would have liked more episodes to air after the season two ending I feel satisfied by what was aired.

Along with the bomb plot we also get a look into how people and society change once the US government ceases to exist. Roving gangs take to the roads to waylay the weak. Those who have prey on those who have not. Some people will not even put aside politics for the common good.

All is not lost, some folks remain good even through the rough times. Take the Green family for example. Johnston Green has been mayor of the small town of Jericho for 25 years. His father was mayor before him yet his opponent Gray Anderson continues to try to score political points as the world falls apart around Jericho. In the end Gray takes advantage of this and defeats Johnston in a town election. It doesn't take long for Gray to realize that he is in no way prepared to be mayor in these trying times. When he finally realizes this and reaches out to Green for help the political grudges are forgotten and the two come together to help the town.

Most of the events of the show take place in Jericho proper or the outlying farms. When we hear about events outside of Jericho they tend to be told second hand rather than viewed directly. This leads us to wonder whether things are bad all over or just locally.

If you are looking for a Mad Max type show you are not going to find it here. Jericho is a more realistic look at the days and months after a nuclear attack rather than years later. The characters still believe that everything will be made right and that the government will return.

I don't want to say anything more about the show as that would risk spoiling things for those who have not yet seen it. All I can say is that Jericho is worth a rental or an online viewing.

Get Jericho via NetFlix