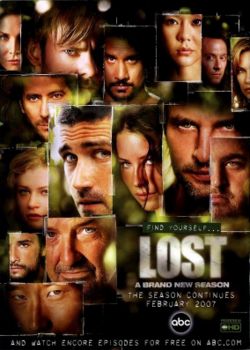 That's about all I can say after watching the season three finale of Lost tonight.

So many interesting things happened tonight that I just don't know where to begin. So I will begin with the items that confuse me.

It appears that the Jack "flashback" was actually a "flash forward". OK, I can accept that except for the fact that during it Jack kept referring to his father as if he were still alive.

My wife made the comment of, "maybe they never crashed?" I thought about that option but it did not explain why Oceanic gave Jack that "golden ticket" which he uses all the time to fly all over the world.

Who was the funeral for? The casket looked kind of small, could it have been Walt? It had to be someone from the Losties group because why else would Jack wonder why Kate never showed up at the funeral home?

I have to wonder if the last two seasons (16 shows does not a season make, they took two seasons worth of shows and broke it over three years) will be full of these "flash forwards" in the same way the first three seasons had the flashbacks. In a way it turns the flash forwards into the show (present time) and the time on the island becomes the flashback.

Why did Locke kill Naomi? Why not just shoot the satellite phone? Why did he not kill Jack?

Locke knows more about the island now. I think he is supplanting Ben as the leader of the others. Ben knows this, that is why he tried to kill Locke in the previous episode.

What about Penny not knowing anything about the freighter? If she did not know anything how did Naomi get the picture of Desmond and Penny? How did Penny have the same frequency as the Dharma station? Could she be a part of Dharma or the others?

Yes, many things were answered and we now know that the Losties will be getting off of the island, we just do not yet know how everything happens.

Oh yeah, if you DVRed the episode you probably lost the last few minutes. I was watching my DVR and the record lite turned off before the whole show ended. Sorry, should have stayed up and watched it!

Finally, why is Jack so desperate to get back to the island?

PS: What is up with Jack's, "I had some glue on my face and fell on the floor in a barbershop" beard? That thing was worse than the fake beard Mr. Friendly wore at the end of season one!