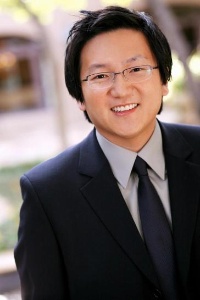 LOS ANGELES--(BUSINESS WIRE)--Emmy and Golden Globe nominated actor Masi Oka, star of NBC's hit ensemble drama series Heroes will serve as global ambassador for One Laptop per Child (OLPC), a non-profit organization launched in 2005 with a mission of providing a means for learning, self-expression and exploration to the nearly two billion children of the developing world with little or no access to education. In his role as OLPC ambassador, Oka will appear in public service announcements - both online and on television - to promote the importance of empowering children with learning tools and Internet connectivity.

Masi's lifelong interest in technology and learning was established long before he accepted the lead role as Heroes Hiro Nakamura and the OLPC ambassadorship. After moving to the U.S. from Japan at the age of 6, Masi went on to graduate from Brown University with degrees in Mathematics and Computer Science and a Theatre Arts minor. Oka pursued an acting career while taking his first job at George Lucas Oscar-winning special effects house Industrial Light & Magic (ILM). Today, despite his successful career as an actor, he continues to provide ILM with technology for groundbreaking effects for more than 30 films.

OLPC was founded by MIT professor Nicholas Negroponte to design, manufacture and distribute laptop computers that are sufficiently affordable to provide every child in the world access to new channels of learning, sharing and self-expression.

"Being a part of a global effort that is enabling children to learn, grow and succeed in life is both tremendously gratifying and important to me," said Masi Oka. "I'm very excited about this opportunity to represent One Laptop per Child and bring my love of technology and education to the global community. I believe that it is incredibly important to enable access to learning for all children so that every child has the opportunity to create a better life for themselves, their family and their society."