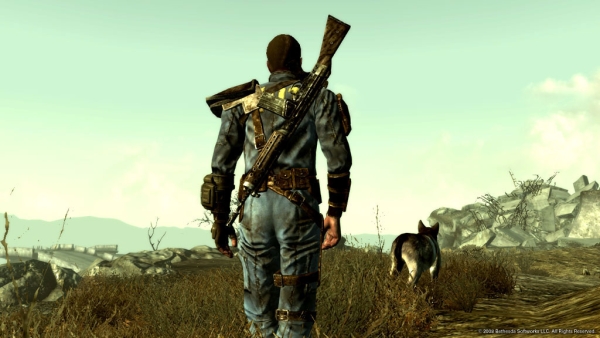 I've begun to notice something in my gaming life; misery loves company.

I know what your thinking, “that's an old saying Steve so what are you talking about?” If you give me a few minutes of your time I'll try and explain it.

As a child of the American 70's and 80's I grew up with the likes of Parker Brothers, Milton Bradley, Avalon Hill, and in later years Nintendo. Most of the board games I played were player vs. player. The only exceptions would be role playing games but even when I played those games I more often than not ran the games as opposed to being a player in them. For all practical purposes I was always playing single player against the game (in the case of video games) or against a group of others (board and RPG games.)

In recent years more cooperative board games have appeared on the market and I've tried a few. It can often be hard to get a group of players together once you advance in years and move into family life. Yes, you have your family to play games with but you can only play so many games with children before your head explodes!

For me the only real outlet for group gaming has been video games. It is also an outlet that has only recently moved me into the world of cooperative group gaming. Whether it be an FPS or a rhythm game I have found that as fun as these games are when you play them solo the fun factor increases exponentially with each additional player.

Let's take the Rock Band franchise for example. I can do a pretty decent job playing the game on medium difficulty by myself but it's not really fun to play it solo. It is much more fun to have a group of friends (or in my case kids) over and jam out as a band, switching instruments between songs. Even though I can't carry a note in a bucket I still have fun making noise into a microphone while the others jam out on their instruments. It doesn't matter whether we five star the song or barely squeak by, as long as we live or die together we all have fun. Yes, even when we lose we still have fun.

Which brings me to the world of FPS gaming, something I do with my older (though still not as old as me) friends. Last night I got a chance to play Borderlands in co-op mode with a friend of mine who lives several states away. We had our crappy 360 wired headsets on (why must the wireless one be so expensive?) and we were chatting back and forth as we played.

Now I have some friends who play the more realistic war themed FPS games but I never noticed them having a lot of fun. What I would notice is a whole bunch of yelling, screaming and passing the blame around after a mission would start to go wrong. Because this was my main exposure to the genre my interest in it was always lukewarm at best. It all changed last night.

We started off on the wrong foot when both of us chose the same character to play as. Having two skinny guys running around with sniper rifles did not make for a very balanced game. While we were very good at killing things long range we were not so good at killing things at close range. I'm not sure how often we died or how many times each of us died but we re-spawned a lot.

This is when I had my little epiphany. When you play a group game against the game (as opposed to other people) it's not that stressful. Neither one of us were complaining about the other player's complete lack of tactics or ability to coordinate attacks. In fact just the opposite was true. As we were getting our asses handed to us by a guy with a bunch of bones on his head we were laughing and cracking jokes. When one of us would go too far ahead and then come charging right back followed by a pack of angry critters there was no name calling or other abusive behavior. Even when healing packs would appear on screen both of us would quickly look at our health bars and quickly decide on who needed it most. Due to the shared XP system of Borderlands neither one of us complained when the other would steal our kill. Well, except for one time when one of us was trying to kill someone for a Second Wind and other one did him in but, we don't talk about that anymore.

My point is that it was not just our shared victory that kept us playing but also our shared misery. No one wants to feel like a third wheel and because our skill levels were very close neither one of us felt that way. When one of us died the other was soon to follow.

It is this shared misery that is often missing from many games. Nothing is worse than going to your friends to ask them about a boss battle only to have them tell you it was a cakewalk and that there must be something wrong with you if you can't defeat the bad guy. When you play single player it is you against the game. When you play co-op it is us against the game and for some reason when you lose as a group it doesn't sting nearly as bad as when you lose on your own.