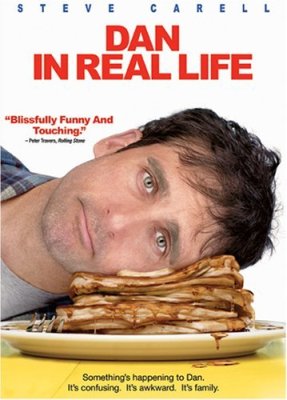 Once again one of those little red Netflix

envelopes graced my mailbox this week. This time it was a movie both my wife and I wanted to see.

It took a while before the acting style of Steve Carell caught on with me. I'd seen The Office a time or two but it wasn't until the show was in its second year that I started watching it. Since that time I have seen a few of the movies he has starred in and I have to say that this is the best.

Steve Carell plays the part of Dan Burns, the widowed father of three girls. One of his daughters is about to graduate high school, another is just beginning high school and the third is only in the fourth grade.

The movie begins as most of these types of movie begins; Dad is over-protective of his three girls and doesn't exactly listen to them or understand their problems. It's time for the yearly family reunion in a log cabin on the coast of Rhode Island but at least one of the girls does not want to go. 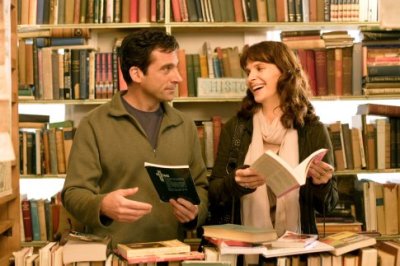 The day after arriving Dan heads into town alone, at the insistence of his mother. While in town Dan meets an amazing woman who he falls for instantly. Both of them hit it off but she has to meet her new boyfriend so she gives him her phone number and tells him to call so they can finish their talk.

Dan heads back to the family cabin in the best mood ever. He tells his brothers that he met a wonderful woman and everyone is excited. See, Dan has not been with a woman since his wife died several years ago and the family wants him to move on with his life.

Everything is great until his brother Mitch introduces his new girlfriend... Yeah, it's her.

The rest of the movie consists of them growing closer while trying to hide it from the rest of the family. Does Dan steal the girl from his brother? You will have to see the movie to find out.

One thing that really got me with this film is the soundtrack. The producers found a guy from Norway to write all of the music and perform it in an acoustical format that really works for the film. It's nice to watch a movie where the music supports the film rather than makes up for bad writing. what I mean by that is that in this film music does not set the mood, the music follows the mood.

Don't take my word for it, watch it yourself!