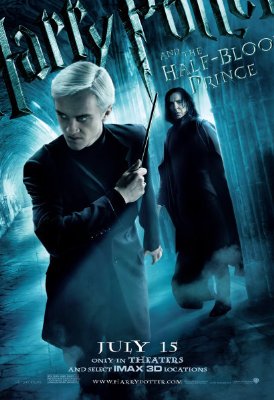 My daughter and I went to see the new Harry Potter movie yesterday and it was excellent!

Harry Potter and the Half-Blood Prince is the sixth movie in the Harry Potter series and focuses on the main characters growing into teenagers as well as the rising power of Lord Voldemort. The movie begins with scenes featuring Death Eaters causing trouble in both the magical and muggle worlds. The return of Voldemort is always in the background even though much of the story focuses on Harry and his friends.

Speaking of background, much that was once common in the series is simply lacking here. I do not recall seeing a single ghost in any of the Hogwarts scenes nor did many of the living paintings appear. I do realize that the daily school life of Hogwarts had been played out in the first few movies but it didn't feel like Hogwarts to me. Much of the magic of Hogwarts itself was missing due to the lack of background characters.

The character of Draco Malfoy should have received far more screen time than he was given. His father had only recently been sentenced to Azkaban and his ascension to the role of head Malfoy received scant attention in the movie. While other characters were dealing with their new hormones Malfoy was dealing with the weight of the world on his shoulders. Tasked with a heavy load by Lord Voldemort himself Malfoy spent much of the time silently brooding and slowly working up his courage to complete the task set before him. 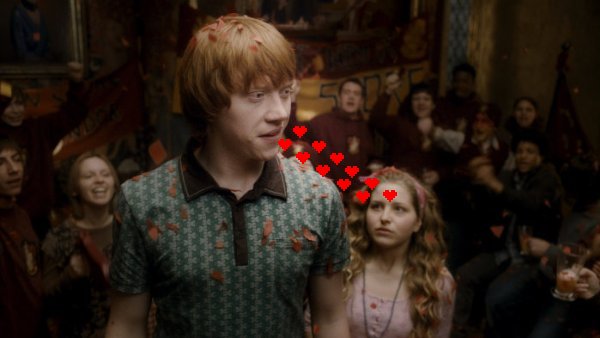 Much of the comedy in the movie came from Ron and his new girlfriend Lavender. At first Ron is very happy to have the attentions of Lavender but they soon become too much and he feels smothered. Hermione, who we all know pines for Ron's attention leans heavily on Harry for emotional support. All the while Harry is not sure what to do about his growing affection for Ron's sister Ginny! Dumbledore says it best in one scene when he remarks, "oh to be young and feel loves sting."

The big mystery of the movie is who is referred to in the title. Who is the Half-Blood Prince and why do we want to know?

The first task Dumbledore seeks Harry's help with is in recruiting Professor Slughorn, a former teacher from Hogwarts who has a penchant for collecting famous students. Professor Slughorn takes on the position of Potions teacher while Professor Snape advances to the Defense Against the Dark Arts position he has long wanted. Ron and Harry are 'sentenced' to take up the Potions course when confronted in a hallway by Minerva McGonagall. Unhappy at the sight of them having too much fun she informs them of the new Potions teacher and sends them down to join the class. Upon arriving they admit to not having purchased books for the class. Professor Slughorn tells them to get one from the cabinet. It is upon opening the cabinet that both Ron and Harry spy a brand new book and both fight over it. Ron wins and Harry takes an old used copy. This old copy is filled with notes and marked as belonging to the Half-Blood Prince.

Harry never lets the book out of his sight and is rumored to even sleep with it! Hermione constantly pesters him to get rid of the book and several of his closest friends fear it may have belonged to Lord Voldemort. We do find out who the Half-Blood Prince is but not until the very end of the movie.

The movie is simply excellent and I highly recommend seeing it on the big screen. It is long at two and a half hours so don't buy a large drink!

I see things no one else can see 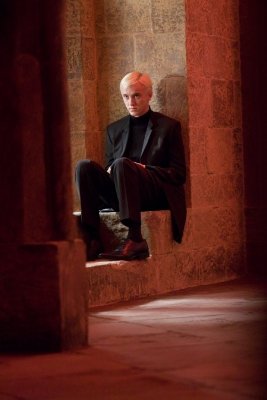 I'm the newest member of the Death Eater Mafia