'This article has been in the works for a number of weeks now. I wanted to make sure I did it up right before publishing it. I also want to thank charbarred from The Plugg for turning me on to this great musician. The fact that he is a guitarist on the album and is "related" to Naama may or may not be relevant... 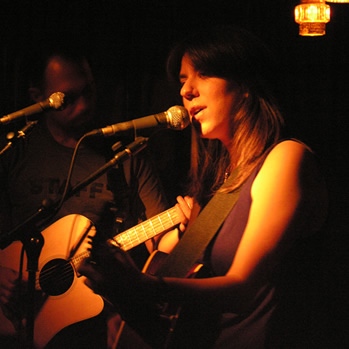 This is Naama Hillman. She is a musician with a sound that reminds me of Suzanne Vega mixed in with a healthy dose of Neil young, Bob Dylan and Joni Mitchell.

Those who know me know that I have a soft spot between my ears for female vocalists. I know what I like and my likes run from Suzanne Vega, Tori Amos and Sarah McLachlan to Lorena McKennitt and a lot of stuff in between. Naama clearly falls into the Vega/McLachlan end of things.

A singer is not just a singer though. Behind every great musician is a great band. Behind the band is a never-ending troupe of people whose jobs range from working in the recording studio to marketing the music and booking gigs.

In Naama's case she works with a group of wonderful musicians and often tours with Ohad playing guitar and a few other musicians helping out. I have to say right now that the musicians she works with are great. The sound is very polished and professional. 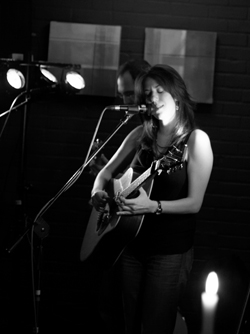 Naama and her musicians have performed many local gigs in the London area and have even made it to the states to play in a few famous New York City establishments, CBGB's & Arlene's Grocery just to name two. When I asked her if she would be going on tour again and headed across the pond she told me that she will be going back on tour, once the new album is complete.

What, new album? Yes indeed! Naama is working on another album right now and she hopes to have it completed by early 2008.

I suggest you download her free EP (links at the end of the article) and give it a listen. After you do that you should get her CD.

The EP was released after the CD. The idea was to capture the more intimate gigs and take songs from the album and put them in a different light as well as a bit of newer material - hence the name in between the lights.

The CD is titled Living Room and contains 11 tracks. From the slow and mellodic (and slightly depressing) Falling to the mellow Maybe I and Squeaky song Naama's simple lyrics and sultry singing voice will draw you in.

For those who prefer a more rocking experience I suggest you take a listen to On and On (one of my favorites) with it's "crawl into your head and never leave" guitar riff and powerful vocals. Or even Glory which is a song that starts out slow and mellow before a sudden change up drives you back into your seat as Naama belts out some serious vocals.

Sweeter than wine, Crash and The brightest sky are more on the acoustic side. Because the instruments take on more of a background role to Naama's singing you can really get a good feel for the dynamic range that is Naama Hillman. From the melancholy singing of Sweeter than wine to the more intriguing lyrics of Crash these three acoustic pieces are simply excellent.

Now I know I'm not a professional music critic but I do know what I like and Naama Hillman is on my "music I like" list. If I was to try and describe Naama Hillman's music in as short of a phrase as I could I would have to say, "Naama Hillman is like returning home. The warm embrace of her vocal talents is like the hug you remember getting as a child when you were too small to wrap your arms around your own mother. There is a soft, sensual side to her voice that just pulls you in and wont let go."

That's about all I can say about that.