Through the years I have owned many cars. Some are worth talking about, others not so much. I am going to attempt to use this post to show you just what cars I have owned and tell a little bit about the experience of each one.

Please note that the images are not of the actual cars I owned or did own but are the nearest thing I can find on the web! If the auto companies would keep information on older cars on their websites I would have used stock photos! 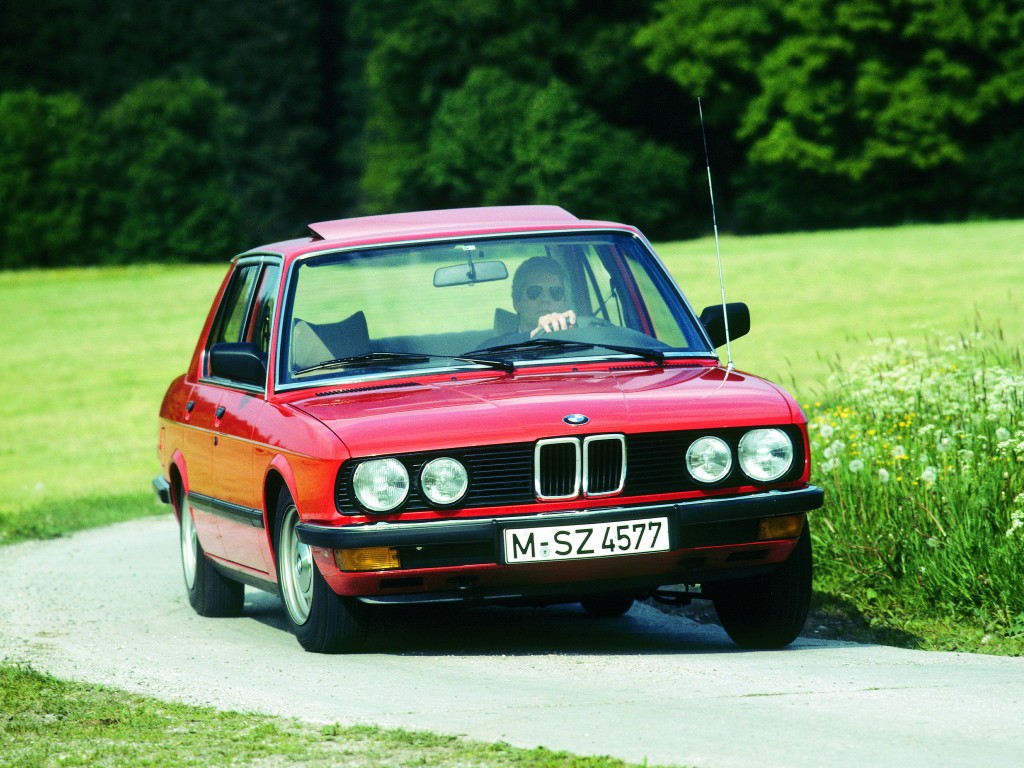 Image From: http://www.bmwworld.com/models/e28.htm
First up is the 198? BMW 5 series car I owned while I was living in Germany. I purchased this car from a soldier who was leaving to return to the States. It was Red and worked... that is about all I remember about it. Oh yes, I paid $50 for it back in 1993!

What you need to understand about GIs and cars when they are overseas is very simple: It costs money to ship the car back. It is as simple as that. No one wants to spend the money to ship a car back so they just sell it to someone else!

If you bring your car over with you it will be shipped back with you. Also, if you buy a car via AAFES while overseas it will also go back with you. It's only when you buy a foreign car that you run into problems. Besides having to pay to ship your car back you also have to pay to convert it to American specs.

I only owned that BMW for a few weeks before I sold it to someone else for $100. 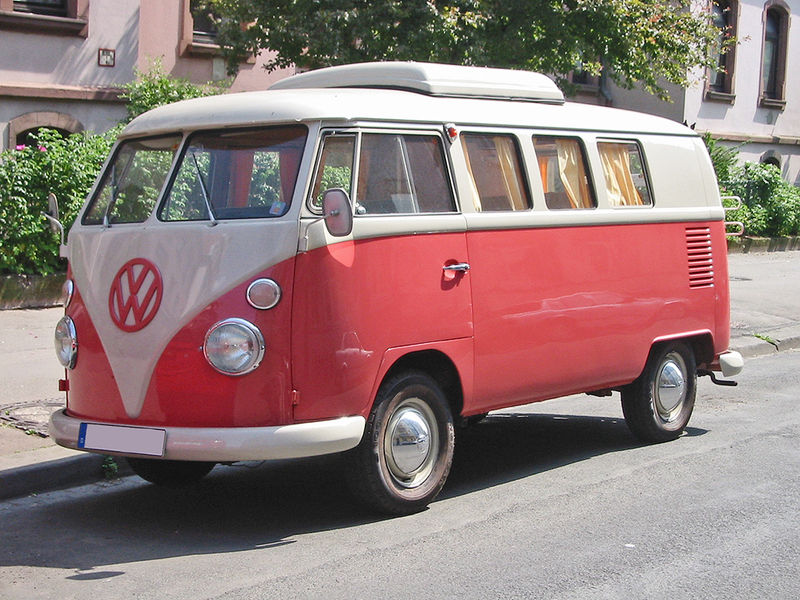 Image From: http://www.frazpc.pl/b/161828
When I was stationed in California I went out and purchased a red VW minibus, 1972 vintage I think it was. I bought it off one of the sergeants in my unit for about $500. It ran well enough with a flat 4 and the back was barren. The only seats where for the driver and co-pilot.

There was something wrong with it as the oil light would always come on. I was not very technically inclined at the time but I did purchase a mechanics manual for the vehicle. I took it over to the base garage and put it on a lift for a few hours... until the guy who worked at the base garage informed me that using the lift would cost me $20 per hour!

I sold the bus a few weeks later and it became someone else's problem! 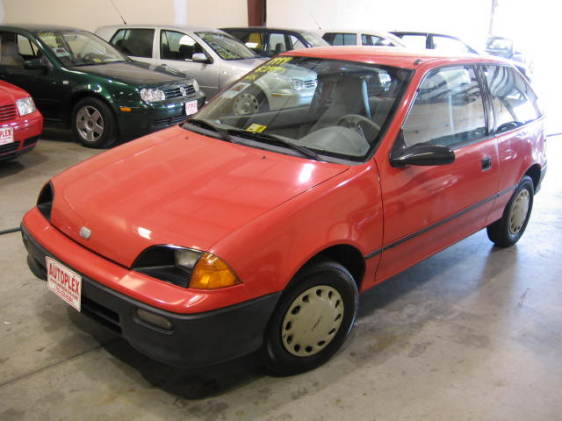 Image From: http://www.autotrader.com
Next up I purchased my first "new" car, a black 1994 Geo Metro 2 door. Yes, I know it was a cheap car ($6K or so) and it was not much of a car with only three hamsters under the hood but... when the front gate is 10 miles from the barrakcs and the nearest town is 30 more miles away that 50MPG on the sticker looked real good to me!

Within the first couple of thousand miles I hit a deer with the car. Killed the deer and did no real damage to the car except for where the antler scraped some paint. I had to run the car through a car wash to get the gore off the front as well. While in Texas some of my friends "Accidently" broke one of the back pop-out windows. This resulted in a drive to a local wreck yard to find new glass. Through it all that little car never let me down.

Every weekend I would drive the 100+ miles up the coast to visit friends or the same amount south to go shopping or clubbing. I took that car with me when I moved to Texas (fully loaded with all my stuff) and kept it after I left the service! I put over 150K miles on that car before I had to change out the clutch. If my wife had not pushed me to get rid of it and buy a "safer" vehicle that "looked good in the driveway" I would still have that little beast. I got my money's worth out of that car! 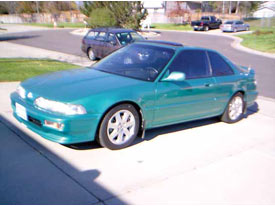 Image From: http://www.autoextra.com
To replace the little Geo I purchased a used 1991 Acura Integra GSR. It had a lot more horsepower than the Geo but I hardly noticed it. I never had an acceleration problem with the Geo what with it being so light and all but the Acura was more comfortable to sit in, nicer seats!

To be honest though, I never much liked the Integra. Part of that may have been the need for high octane gas at a time gas prices were quickly rising! Not to mention the huge difference in fuel economy! Still, I drove that car for a few years until I sold it upon inheriting my dead grandmother-in-law's Geo Storm.

Image From: http://www.stormowners.com
I think it was a 1991 Geo Storm red wagon. It had a good amount of trunk space in it and they were modeled to look like a mini camaro... well, as much as any Geo can look like a camaro. It was not a very good car and it came with a radiator problem but... It had less than 30K original miles on it! It was the classic "owned by a little old lady who only drove it to church" car. I had all of the maintanace history available to me and I knew the cars complete ownership history. I drove that car for a year before I sold it to a local high school girl who wrecked it within six months of buying it. 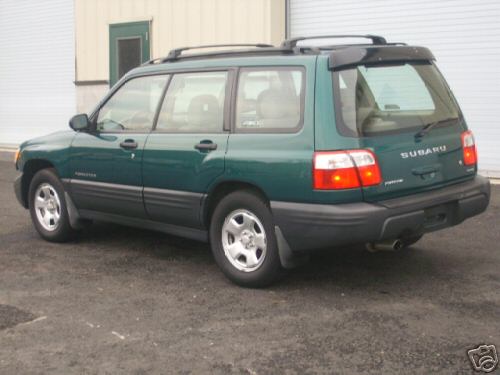 Image From: http://www.ebay.com
My last car, the one I currently drive, is a 2001 green Subaru Forester. It was my father-in-law's car but we bought it from his widow about a year after he died. Like the Geo it had very low mileage and was in excellent condition. I plan on driving this car until it falls apart and that is no where near about to happen.