Last night I had my friends over for a rousing night of gaming so I missed Heroes on NBC. I then figured, "hey, they show the most recent episode online, I'll watch it the next day!" Boy was I in for a shock!

No support for Ubuntu! Since I've only recently installed the latest version of Ubuntu on one of my computers I decided to try and watch the latest episode on line... No dice!

Even though NBC uses Flash to show it's videos on line I was unable to get the Flash Player to work. It looks like it is trying to load the content, but then it gets stuck and dies.

Thanks a lot NBC. I thought Flash was universal? 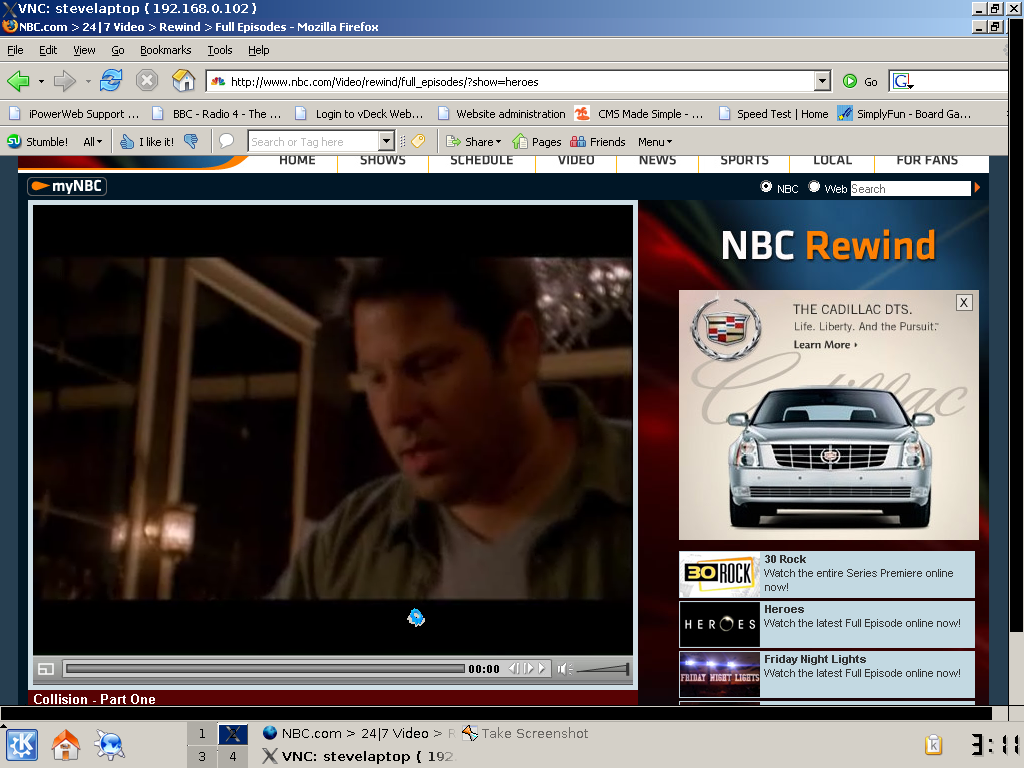 But we do have Windows support!

So, I then went to one of my XP machines and ... It worked! Imagine that... Both computers are using the same FireFox browser and the most recent Flash plugin.

This is where my rant now begins...

Is there some strange idea in the corporate world that just having your content work on Linux will somehow infect it with the GPL or other problems?

Is there just some idiot in your IT department who purposefully threw a wrench into your web site just to annoy those of us who do not use windows or Apple Macs?

Am I the only one with this problem?

I installed Firefox under wine and then installed FlashPlayer 8 for Windows and I was able to get the video to load, but it was so choppy it was not worth watching.

Adobe has just released Flash Player 9 for Linux and now the site will work fine for Linux users. Yeah!

Well, the commercials load properly but then it just hangs... Guess I can't watch the shows on my Linux box just yet...