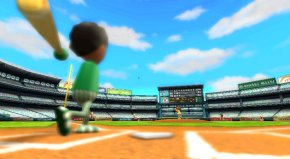 Nintendo is giving Seattle Mariners fans a gift at every home game this year: free access to the Nintendo Fan Network. Fans who bring a Nintendo DS to Safeco Field can log on wirelessly to the Nintendo Fan Network to access a wide variety of baseball-related content. Some of the many features include access to player statistics, scores from other MLB games in progress, current team standings, chat with other fans and the ability to compete in trivia and other mini games. Additionally, fans can watch the in-stadium live broadcast video and use the Nintendo DS touch screen to order ballpark food and beverages delivered right to their seats.

The Nintendo Fan Network will get an additional workout this week, when the Mariners begin a six-game home stand. Nintendo is always adding new features, so every time fans download the service, they might see something new and experience a whole new way to enjoy the game.