I've been working on painting the miniatures that came with the WarHammer 40K: The Battle For Macragge set. Today I'm going to show you how one of the UltraMarines came out compared to one I painted a while back. 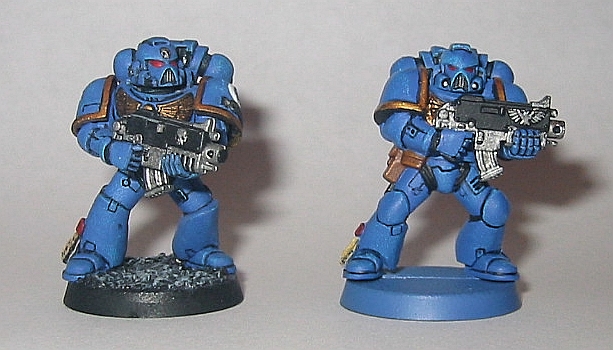 The one on the left is one I painted a while back. He came as a member of an Combat Squad box set. On the right is one of the new plastic space marines from the game.

When I painted the Combat Squad I primed them black first. You may not be able to notice it in the photographs but the one on the left is darker than the one on the right. 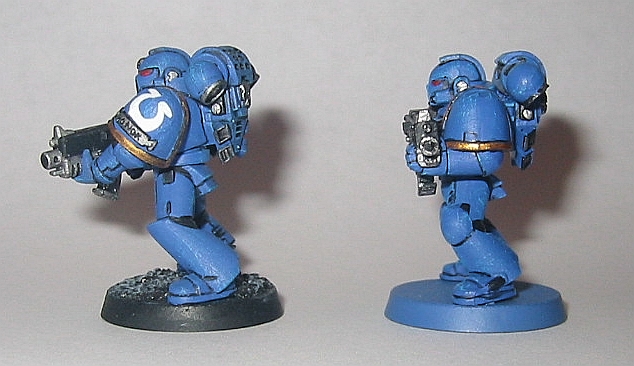 The Combat Squad space marine came as a multi-part plastic figure. They break down as: 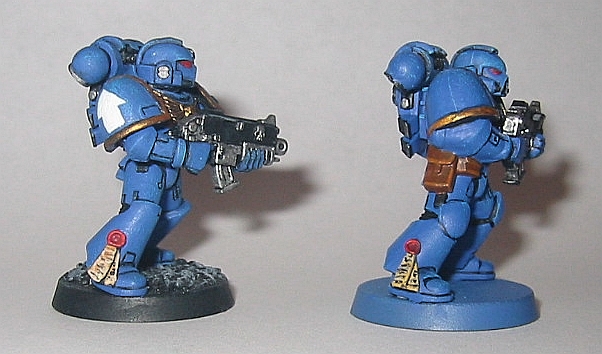 I have not put any decals on the boxed set space marines yet. Once I completely paint all ten I will.

One thing you will probably notice is that the figures from the box set do suffer in the detail department. A quick look at their elbows will make some of their flaws apparent.

I prefer to customize all of my models and I will still be buying the boxed plastics but, considering the amount of figures that come with the boxed game you can't complain too loudly.

Last time I checked a boxed set of ten space marines was selling for $25 and the boxed game was only $40 when I purchased it. 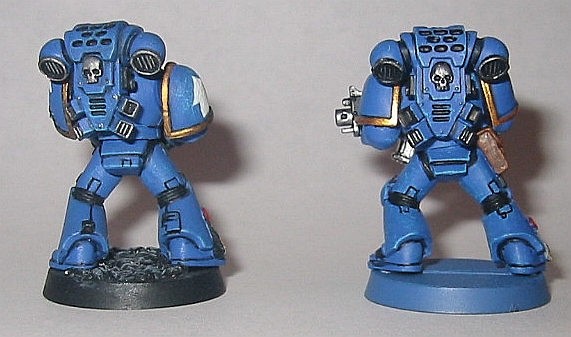 The metallics were done over a black base coat. I then used gold paint (dry-brushed) followed by a thinned wash of chestnut brown.