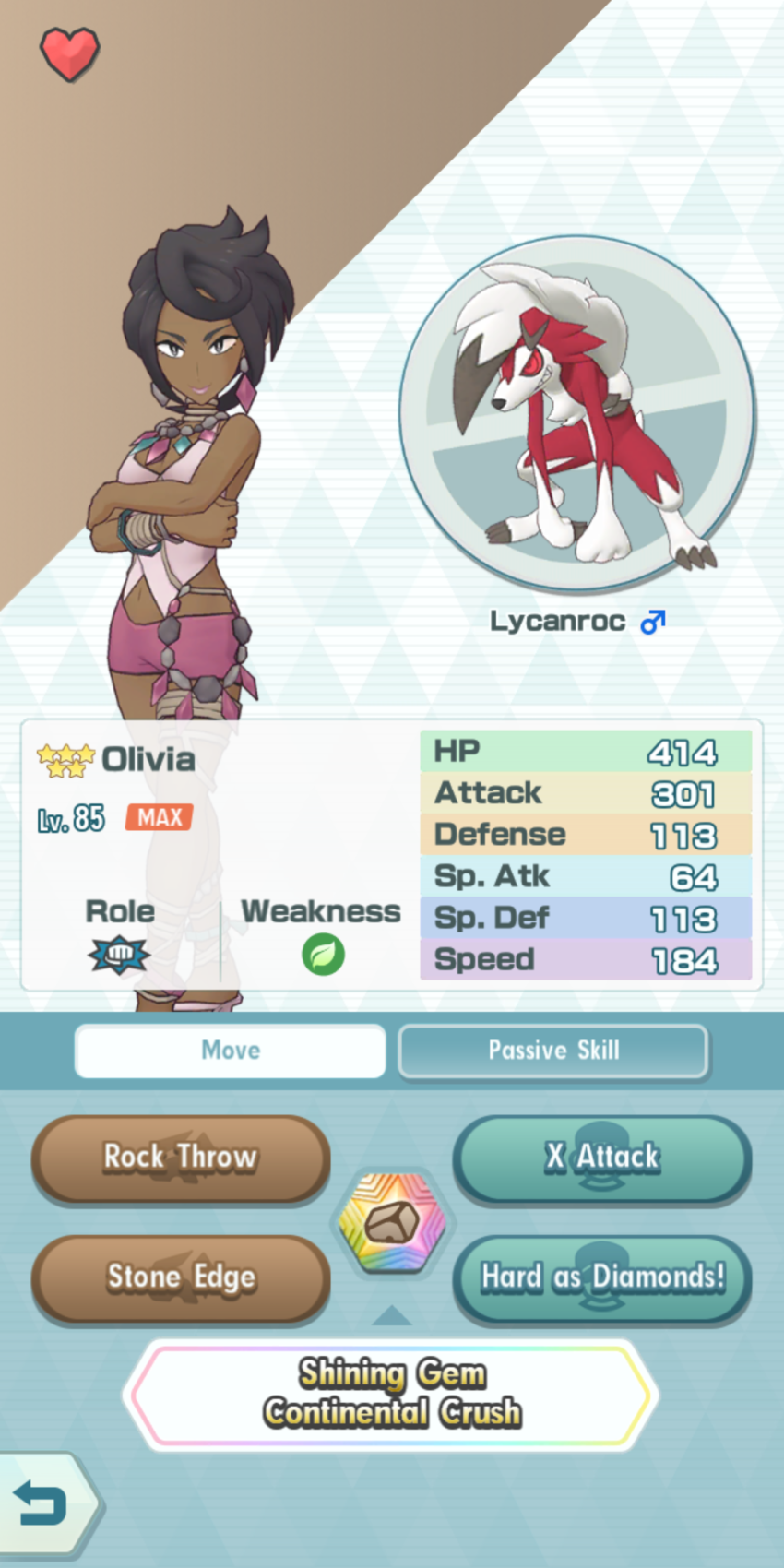 In the short time that I have been playing Pokemon Masters one Sync Pair has been showing up in co-op battles more than any other. That Sync Pair is Olivia and Lycanroc.

Lycanroc is a Rock type Pokemon that falls into the Strike group. It is designed to hit hard and fast. With proper team composition this one Sync Pair can take down anything in single player mode and a lot of stuff in co-op.

This Sync Pair has four moves, half of which deal damage. The other two are designed to buff Lycanroc and work extremely well with its Passive Ability.

Rock Throw - This move costs one bar and does a minimal amount of damage. It is most useful when the Sync Pair is low in level and you want to use low-cost moves to power up your Sync Move counter.

Stone Edge - At a cost of three bars this move is the only move a powered up Lycanroc will need to quickly defeat opposing Pokemon. Because it costs three bars it requires an effective team building strategy to insure Lycanroc always has enough bars to use it all the time.

X Attack - This move raises Lycanroc's Attack stat by one level when used. With effective team building you will never use it.

Hard as Diamonds - This move provides the backbone of Lycanroc's power. It sharply raises Lycanroc's Accuracy and Critical Hit Rate at the cost of a lowering of Special Defense.

As you can see, Lycanroc is designed to hit hard and fast. Each Crit that lands powers it up even higher. With a proper use of Hard as Diamonds you will land Crits every time you use Stone Edge.

I have found that the best Sync Pair to put beside Lycanroc is Maylene and Meditite. This is because of Meditite's support moves X Attack All and Gloves Off. These two moves buff Attack power and Critical Hit Rates. Gloves Off also insures the next hit does not miss!

I use Misty in the third slot only for her ability to buff Special Defense and her ability to occasionally heal status conditions for the entire team.

Note: Olivia is a five star Sync Pair that is available via the Sync Scout feature. Most of the scout groupings only assign a 1% chance of her showing up.