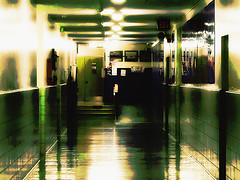 There is currently a demand for a sixth grade to be added to the Western Academy of International Studies Magnet School in Danbury CT (AIS). Right now, there is no sixth grade, in fact, there is no fifth grade. However, a fifth grade is in motion for next year.

I have two daughters at AIS. My daughter Casandra will be immediately affected by this next year, for she will be entering the fifth grade. She too is the one that will face the most immediate concerns with the sixth grade issue.

If there is no sixth grade at AIS my daughter will graduate and return to her home district which is New Milford. There, she will go to Sara Noble Intermediate School which only goes up to sixth grade; thus she will be transitioning into the school in its final year.

On top of this, during this year she will have lost a year of foreign language because it is not taught in sixth grade in most school districts. That's most distressing! All the time and effort put into teaching the students Spanish at AIS would not be reinforced for one whole year!

Foreign Language must be practiced and used, to be kept up and to go a year without it is a waste. Spanish is not taught until seventh grade in New Milford, and most school districts.
All in all, it would be best academically, developmentally, and socially for Casandra to stay at The Western Academy of International Studies Magnet School for sixth grade. Likewise, it would even benefit the community to have these students stay for they would be better equipped to enter their given school districts and handle the transition up a level to Middle school as they mature to adolescents in our society.

Each school district better comes together at the seventh grade level. Instead of having fifth graders branch out into the community in different directions unprepared, bring them together with a sixth grade at AIS. Then even the community will later benefit collectively with these students graduating from sixth grade better prepared and ready to further their education in each of their given districts and begin their journey through life.

Many parents, along with the leadership of the PTO are gathering and writing letters to the principal Mrs. Nitawski that she can bring to the Board of Trustees in aproval of a sixth grade. Not only would the State have to approve this though, but the funding would have to be there as well. The talk is there, lets see where it goes.