See that little widget on the right? It's got some information on the soon to be released Soul Caliber 4 game.

This is the fourth installment in the Soul Caliber series and it will only be available for the Xbox360 and the PS3. It features 720P graphics on both systems.

All of the characters have not yet been revealed but Yoda and Darth Vader do make an appearance in the game.

Most of you are probably wondering why the guy who only owns Nintendo systems would be talking up a game that will not be made available on the Nintendo Wii. Well, I am about to come into possession of an Xbox360. More details on that, and the game, later.

Be sure to check out the Soul Calibur 4 website. 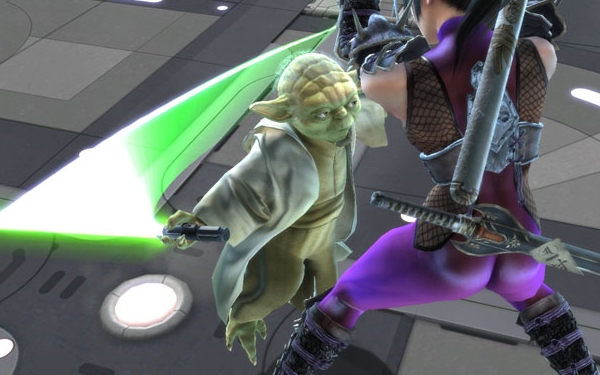 That's one heck of an uncomfortable pair of pants she's wearing.