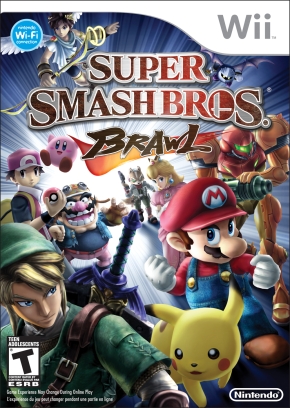 REDMOND, Wash., Feb. 13, 2008 - Attention all Smash fans: Put up your dukes! Just before the launch of the much-anticipated Super Smash Bros. Brawl, Mario and friends are hosting four regional Wii tournaments. The competitions will visit Los Angeles, San Francisco, Boston and finally New York for a Midnight Madness Launch event at the Best Buy store at 622 Broadway in New York. All of the 256 participants at each location will receive a $10 Best Buy gift card. One lucky grand prize winner will receive a custom-designed, crystal-covered Wii, a home theater system from Best Buy and other prizes.

"Super Smash Bros. is one of the world's most popular game franchises because it draws in characters from across the Nintendo universe and beyond for some all-out fighting fun," said Cammie Dunaway, Nintendo of America's executive vice president of sales & marketing. "Super Smash Bros. Brawl has extreme appeal among our core audience, but these tournaments are a great way to get new fans involved as well - before the game is even available in stores."

Each regional tournament will provide the first 256 people in attendance the chance to "brawl" one-on-one with other contestants in a single-elimination tournament to determine a winner in each market. Regional winners will face off in a final multiplayer "brawl" at the New York City tournament.

The tournaments will take place at the following times and locations: