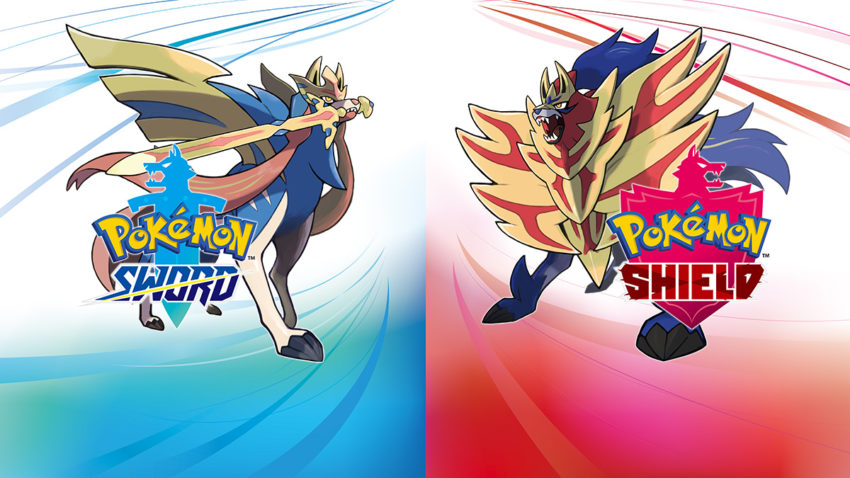 Just a few short days ago the two newest games in the Pokemon franchise were released. Pokemon Sword and Shield mark the beginning of the 8th generation of Pokemon games. While these are not the first Pokemon games to appear on the Nintendo Switch hardware they are the first main line games to do so.

You Can't Catch Them All...

The reason given was due to the amount of modeling required to have so many Pokemon in the game. With Pokemon passing the 1,000 mark (based on regional and gender based variations) it was declared that Game Freak just didn't have the time or resources to redesign all of the Pokemon in time for the November 2019 launch date.

While the Sword and Shield games only added about 80 new Pokemon many old favorites were updated with new Galar region designs.

The one standby of all previous games (not including Yellow Pikachu version) is the Grass, Fire, Water starter Pokemon selection.

They are all pretty cute in their own way and the calculus for picking one over the other is the same as in previous games. One difference is that your rival will pick the Pokemon you are strong against! In previous games if you picked Fire your rival would Pick Water. Also, unlike previous games, the third Pokemon is not left to rot away inside a Pokeball, left on a desk never to see the light of day! The champion takes him as his own.

Where the Wild Areas Are

The Wild Area is a massive expanse of open terrain full of Pokemon and Pokemon Nests. In this iteration you can see the Pokemon wandering through the tall grass and sometimes out in the open.

This is a huge and welcome change to the games. No longer do you just run randomly through tall grass looking for Pokemon. In this version you can see what Pokemon are in the area and choose to chase or run from them accordingly.

The Pokemon Dens act as miniature four player Raids. You can connect with players near you or random players form the Internet. Which brings me to the next huge improvement.

The Internet Is Everywhere!

In the previous games connecting with friends and strangers alike was always a huge pain. Lengthy save screens and multiple friend codes made it quite the chore. Now it is as simple as turning on the Internet and telling the game what you want to do. The game will then do that in the background and notify you went complete.

Remember Wonder Trades? You had to spend at least five minutes going through various screens and saving your game to do a random Pokemon trade. Not any more! Now it is called a Surprise Trade and takes all of 30 seconds to setup. It also happens in the background with a notification when the trade is complete.

Raid battles work in a similar manner. To be honest, I have had zero luck joining a Raid though I have had people join mine.

I was skeptical at first. I didn't know if I really wanted to get back into these games after being gone for so long. Know what? I am back and happy about it.

Sword and Shield has done a great job fixing things that I didn't even realize were broken. So many things have been streamlined that I don't know if I will be able to go back and play the older games. This is not like a change from manual to automatic transmissions where the older technology is still fun to drive when you are in a mood to race. This is more like going from an old car with an iffy heater to one with a keyless remote start and heated seats and steering wheel!

If you have played the previous games in the series and own a Nintendo Switch you should definitely pick this one up!

PS: Don't be a stranger to the reborn PokeFarm forums!