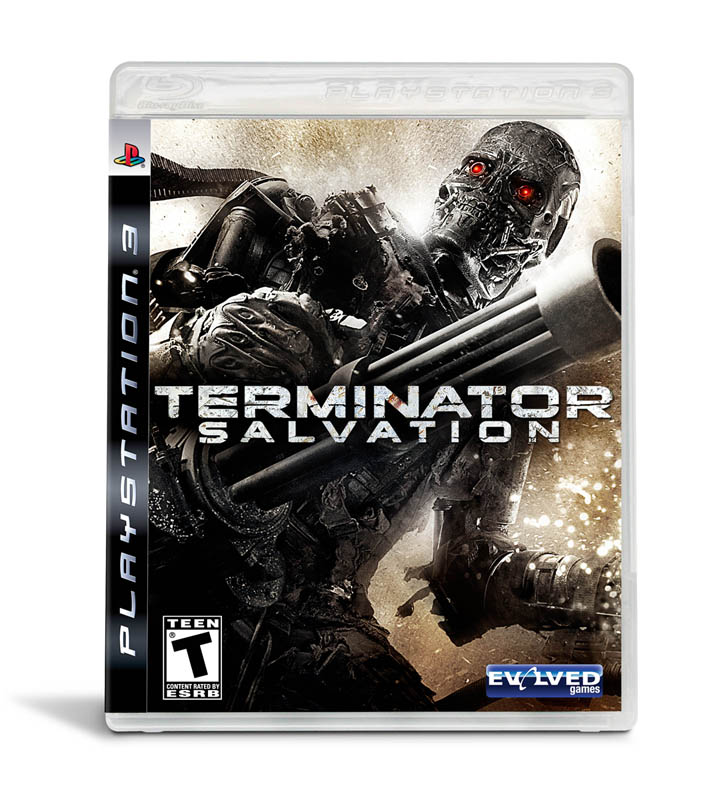 Terminator: Salvation is the game release to tie-in to the release of the new movie by the same name. In the game, you are John Connor, and you are on a mission to rescue a group of resistance fighters trapped deep in SkyNet territory. The game is set 2 years before the events of the film, where John Connor isn't considered a leader of the resistance.

Lets start with what this game is not. It isn't a CRPG like Fallout 3, where the focus is on interacting and exploring the world. This game's telling a story, and isn't asking on any input on where that story's gonna go. It also isn't the sort of game that has a great deal of replay value. I played it on both the easy and hard difficulty level and the game 'feels' pretty much the same, only the Terminiators dish out more damage.

Gameplay is pretty fun. One of the big selling points of this game is the cover system, where you can hide behind objects, aim to your next piece of cover, and dash towards it. This is important because the enemies in the game have much more armor than you, and you don\'t always have the ideal weapon at hand to rapidly dispatch a particular foe. Many enemies have weak spots, requiring you to get behind it, while it's distracted with another character. Most of the time, you are accompanied by computer controlled characters, who can draw fire. There aren't any health packs or anything, so if you take damage in a scene, you aren't getting better until the end of the scene. There are also a couple of chase scenes, where you control a gun, which provide a fun break from the skirmish battles. When you complete the end requirements of a particular scene, the game leads you to the next scene. This is sometimes a problem, because the game glitched a couple of times, where an enemy that had to be killed to move on got stuck inside another model, and I had to back out and start the scene over. There is no save feature, but you can pick up at the end of any scene you've completed.

The story itself was pretty good. It takes John Connor from a grunt who\'s losing faith in his 'destiny', to the leader that is central to the Terminator franchise. Given that I'm not typically a fan of games that have the storyline on rails, I have to admit that it was a pretty fun ride. The voice acting was decent, though they didn't use any talent from the movie.

My biggest complaint about this game is it's length. It took me about 10 hours of play to complete the game, which seems pretty short for a shooter. This coupled with the limited replay value (you can play through a scene you've already done, or run through the game at a different difficulty), made this game disappointing, although it was a fun play. I hope that the cover system makes it into a longer format game in the future.