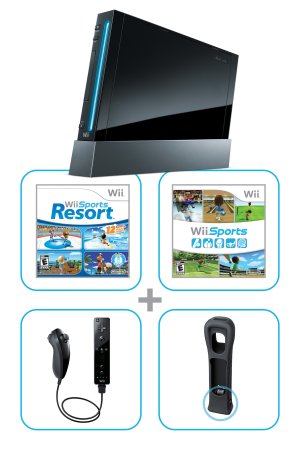 The Nintendo Wii has been a raging success. Everyone is buying the console and if you don't get to the store when they come in you just can not buy one.

Just the other day I was taking a break at work when one of the guys i worked with started talking about the Wii. He knew I was a video game geek so he started going on and on about how some lame party he was at was saved by a girl down the hall proclaiming she had a Wii in her apartment.

After talking he got the notion that he should buy his own Wii. He said it would be there for when his nieces and nephews come over but I could see right through him. I had to break the news to him that you can't just walk into a store and buy one, you have to actively look for them and it can take weeks to buy one. Not believing me he picked up the phone and started calling around.

After 20 minutes of calls he located a GameStop store two towns over that had one in stock. He called a friend of his who worked near there and asked him to get it for him. Before the friend could get there it was already sold. Yeah, he is still without a Wii.

Nintendo has just announced dates for new additions to the Wii Menu system:

I have been eagerly WiiWare to become available in the US, more so than the release of Wii Fit. I have to say being able to do some minor things without the Wii fit disc being in is also pretty cool.