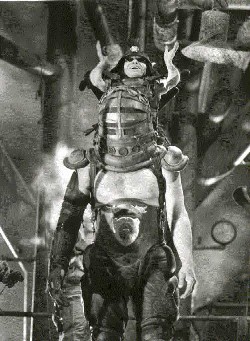 In the past, the top digg users were accused of controlling digg. Digg responded to this by dropping the top users list.

Some folks still think that the digg front page is controlled by a small minority of users. Well, they are partially right in that belief. Not right because the small group controls the content but right in the respect that so few stories make it to the front page that the end result is the same.

See, the vast majority of diggers never get a story promoted to the front page. It's not that there is a conspiracy but that it is a numbers game. Now that digg has over one million registered members it's virtually impossible for every member to get a story on the front page.

I have never thought that a cabal of "top diggers" controls the content that hits digg's front page. I have always thought the reverse, that the content decides who will become a top digger. Well, I used to believe that...

What I am finding more and more is that it is actually the "top dugg websites" that control what gets on digg.

Now, here me out on this.

A front page story on digg can translate into 25K hits easy. Heck, I recently received 15K hits from a story on digg's front page before they pulled it and that was all overnight/early morning traffic! That's a very tempting bit of traffic for a website owner.

That is why I think many of the "top dugg websites" are actually in control of what makes the digg front page. I'm not accusing digg of any involvement in this scheme but try this:

You can try this out in all the sections of digg, the results will be the same.

Certain websites are always on digg's homepage in their respective categories while others, who have the news first, are not.

Just the other day I saw a story hit the front page and when I went to read it, it ended with a source link to a lesser known site. The lesser known site had been submitted to digg first but its story was buried.

25K hits a day times 30 days equals 750K. That's a lot of traffic. You can charge advertisers a lot of money for traffic that high.

PS: Don't bother submitting this to digg, they don't want to hear from me.