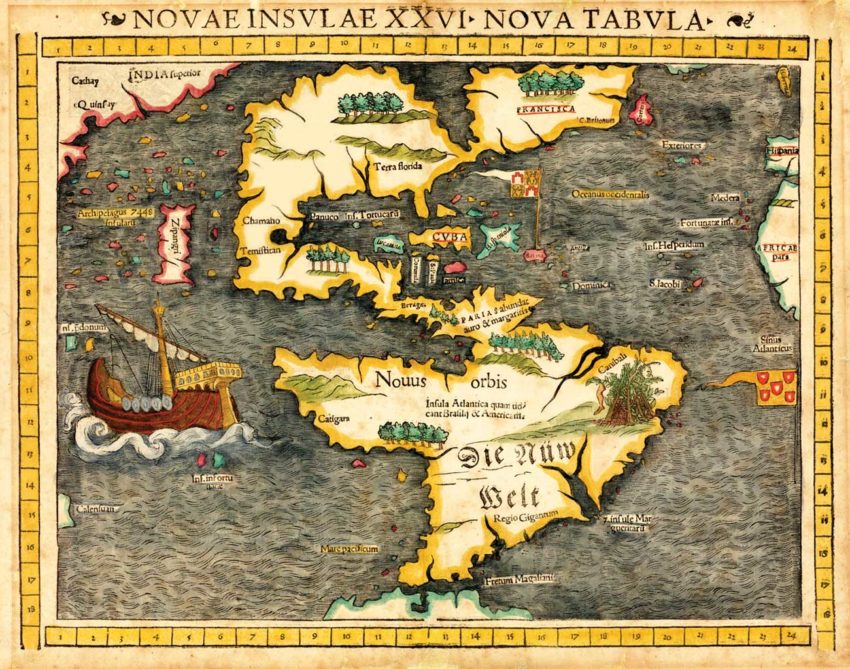 In a recent issue of the Knights of the Dinner Table gaming magazine I read an article about ideas for seeding real world treasures into your fantasy RPG games. One item mentioned was that of roman artifacts being found in Texas long before they should have been there.

If Romans being in Texas were not strange enough how about this?

Amphorae are tall storage vessels that were used widely throughout ancient Europe. These particular amphorae are of Roman manufacture, circa the second century B.C. Much controversy erupted around the finds because Spain and Portugal both claim to have discovered Brazil around 1500 A.D. Roman artifacts were distinctly unwelcome. More objectively, the thought of an ancient Roman crossing of the Atlantic is not so farfetched. Roman wrecks have been discovered in the Azores; and the shortest way across the Atlantic is from Africa to Brazil -- only 18 days using modern sailing vessels.

What about The legend of Prince Madoc and the White Indians? It is the amazing saga of the Twelfth Century seafarer whose name has become renown in the annals of ancient maritime history. This new book presents the complete untold story of America's first Colony which was founded by Prince Madoc of Wales in 1170 A.D. The information contained in this book could eventually redefine the foundation of American history.

What about the story of An Ancient North African Treasure-Trove in Southern Illinois?

After nearly two decades, the controversy may be resolved in the near future, as excavation proceeds at what researchers believe is the previously undisclosed, underground location itself. If and when it is finally opened, the chambers' bizarre contents may prompt more questions than answers. But so many objects have already been removed and examined, that a credible, even convincing interpretation of the site now seems possible. The chief argument against its authenticity may in fact be the most persuasive evidence on its behalf as a repository for indisputable, abundant, material proof of peoples from the Ancient World in the American Middle West.

Christopher Columbus may be the explorer we celebrate as the man who discovered the "New World" but many questions exist as to who came before him.

What of Leif Ericson? Didn't he leave his mark on North America long before Columbus was born?

Before you go on about the Native Americans and the peoples who were living in the "New World" when Columbus arrived let me point out that this article is designed to make you think (and wonder) about how much earlier than 1492 explorers from Europe and Africa may have 'discovered' the "New World". Obviously the people who were already living there 'discovered' it first.