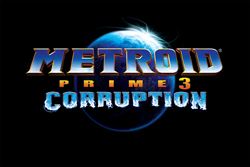 Six months have passed since the events on the planet Aether. The Galactic Federation's network computer, Aurora Unit, is suddenly and completely corrupted with something like a virus. The Federation believes Space Pirates may be behind the problem and, beginning with Samus, starts to contact bounty hunters. As they explain the situation to the assembled hunters, the Federation is attacked by the pirates. Samus and the other hunters leap to the defense of the Federation capital, only to find that the enemy the hunters face is the presumed-dead Dark Samus. Dark Samus is armed with immense power that no one can withstand. It soon becomes obvious that the forces controlling Dark Samus and the terror of the contaminated Phazon are a dire threat that could corrupt the entire universe... 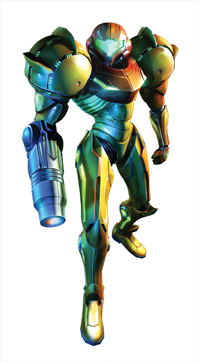 Metroid Prime 3: Corruption does not yet have a release date but information about the game is slowly trickling out.

The war initiated by Dark Samus and the Space Pirates rages across many planets as they attempt to corrupt each with Phazon seeds. Players use the Wii Remote and Nunchuk controllers to explore alien landscapes, hunt for weapons and information, and destroy the seeds. Saving the planets from corruption isn't enough, though. Eventually, players must take down Samus' mortal enemy, Dark Samus. 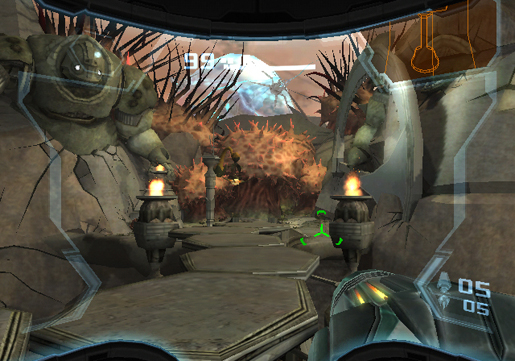 I'm rather excited about this game. I have Zelda: Twilight Princess and the control scheme sounds similar. The inclusion of Samus' ship in the game has me wondering if there will be a dog-fighting element added in. 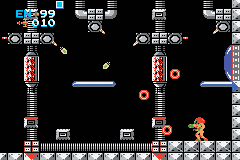 I have been playing the Metroid line since the early NES days when you had to write the passcode down on paper to save your game. I have always enjoyed these games but... As an older man I do have trouble with motion sickness due to the dark colors used in the game. I have mediated this somewhat by setting my contrast and brightness levels at maximum but even that only allows me to play the game for about an hour at a time. Yes, I have the same problem with Zelda: Twilight Princess.

I will still likely purchase this game, even if for no other reason than loving the Metroid franchise. 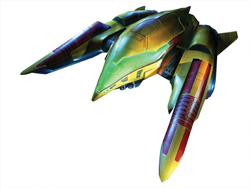 I also notice that this game is listed as one player only. The last Metroid game to appear on the Game Cube, Metroid Prime 2: Echoes, had a small multi-player death-match mode that we had a lot of fun with. It wasn't much, but it was fun. I'm surprised no such multi-player mode has been announced for this game?

I can understand not wanting a split-screen multi-player mode for this game but why not a Wi-Fi enabled multi-player mode? Think of it as Metroid Prime Hunters (for DS) meets the Wii! The Wii needs some multi-player online titles aside from the new Pokemon game. What do you say Nintendo?