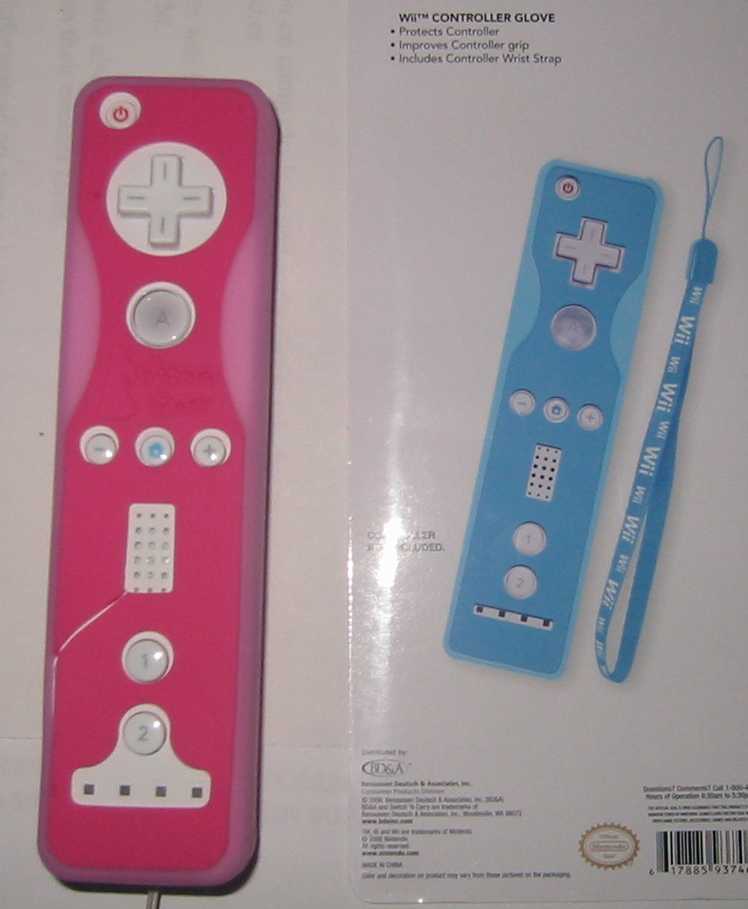 Just the other day my daughter purchased a Wii Controller Glove for her Wi-remote. She picked out a Princess Peach one that was pink in color.

When we got home I carefully put it on her Wii-remote but, when it came time to replace the batteries I had to remove the glove and that is when it happened; the glove ripped!

After this tearing of the skin occurred I spent some time cruising the web and looking for Wii controller gloves that were similar in appearance to order a new one. The more I looked the more I began to understand that we must have purchased an early model that has since been discontinued.

Torn glove on the left, original packaging on the right 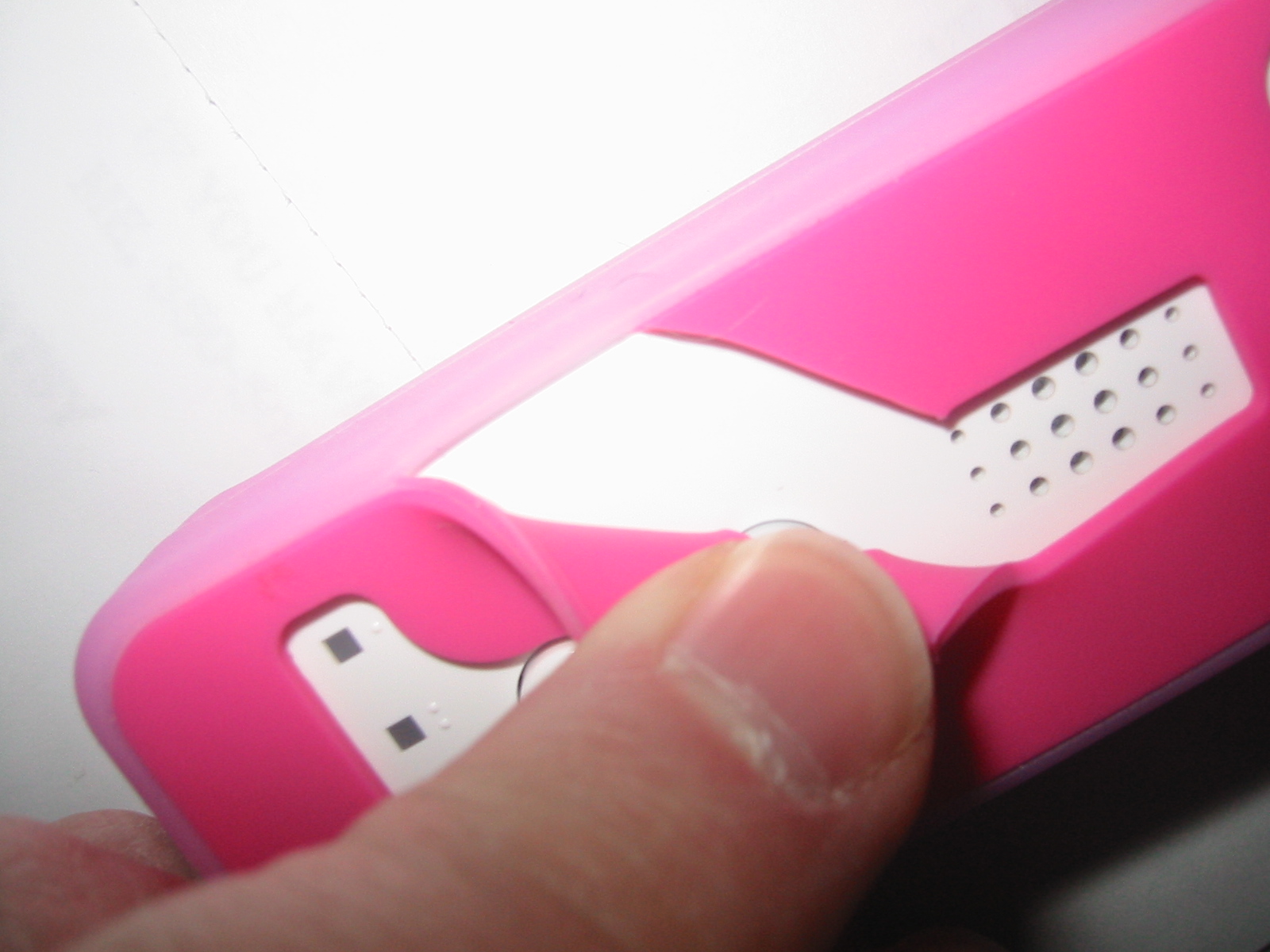 Looking at the tear
The clear problem with this model is that rather than use a complete skin to cover the Wii-remote they opted to use a partial skin and where the heavier rubber was used they just sort of glued them together! This resulted in a very weak bond and when enough pressure was exerted to get the skin-tight glove on, it ripped. 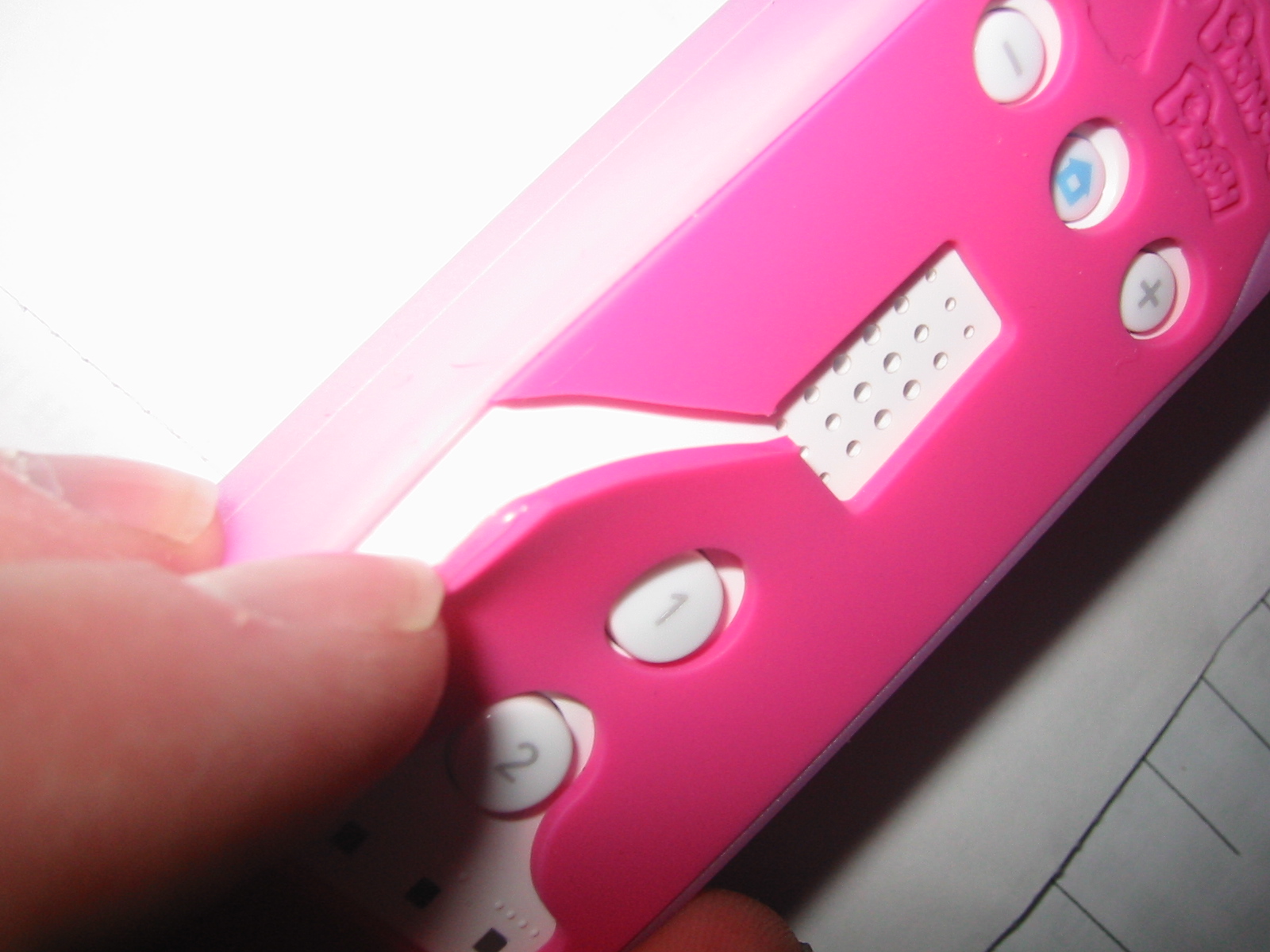 If they had used a full skin and layered the heavier rubber on top of it this would probably not have happened. Before you buy one of these special multi-colored Wii controller gloves I suggest you find out if Nintendo has fixed this problem. Why do I blame Nintendo? If you look on the packaging, you can see the Nintendo Quality Seal.