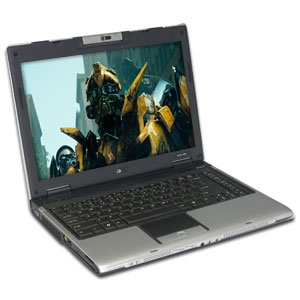 After upgrading my Acer Aspire One to Windows 7 I noticed that the fan had gone from an annoying little background hum to the sound an old hard drive makes as it drags its broken heads across the platter while it boots up or runs long. I thought briefly about opening up the machine and taking a good long look at the fan but I didn't want to deal with the hassle of reattaching the rubber feet.

Curious to see if I was the only one having this problem (and looking to fix the low level fan hum problem itself) I did what most people do and I searched online for similar problems.

After visiting several forums full of AOA owners with a similar problem I found a link to a small program that runs in the tray and allows me to set the temperatures for the fan to work at. I also found many references to Linux users with the same problem but since I\'m not using Linux their guidance is useless for me now. If in the future I decide to throw a form of Linux on here I now know where to go.

I still need to investigate why the fan was making those horrible screeching and scratching noise but with the program running it never makes that horrible noise. Not even on boot up. It may have just been a case of overuse.

If you are looking to quiet down your Windows 7 AOA netbook why not follow the link: Acer Aspire One (AA1) Fan Control for Windows XP/Vista and download the software? Your ears will thank you, as will your battery.