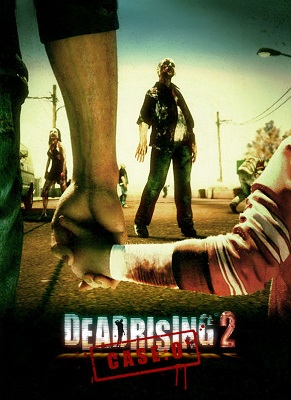 Dead Rising 2: Case Zero is an Xbox 360 exclusive demo/prologue for the soon to be released Dead Rising 2. The game includes 12 achievements (worth 200 points), progression to level five, carrying forward of loot found, and sells for 400 MS points. There is also a free version that does not allow for the carrying forward of items acquired.

Case Zero is set three years before the events of Dead Rising 2. You play as Chuck Greene, a man who is travelling to Fortune City with his daughter Katey when tragedy strikes. While gassing up his truck at the Silver Creek gas station it gets stolen along with Katey's supply of Zombrex (a drug that prevents the onset of zombification and must be administered every 12 hours.) It is up to you to find Zombrex for Katey and a way out of Silver City.

Much like its predecessor Dead Rising and the forthcoming Dead Rising 2 you only have a short amount of time to complete the game before time runs out. In the previous game you had three days, here you only have a matter of hours. If Katey does not get her next dose of Zombrex between 7:00 PM and 8:00 PM she dies. If that were not enough the military will quarantine the town at 9:00 PM, also resulting in a loss as they take the infected child into custody.

What do you have to do in this 12 hours period? At the bare minimum you have to find a source of Zombrex and a way out of town. As it just so happens once you find the Zombrex for Katey you also find a busted motorcycle. Being the motocross madman that you are it's a simple matter for Chuck to rebuild the bike. The hard part? Finding the parts.

The bike parts are scattered all over town. Some can be picked up in the street while others require interacting with survivors. What would Dead Rising be without survivors? Especially survivors who can't fight their way out a paper bag or always walk right where you are swinging your spiked bat?

Not counting Katey the first survivor you will meet is Dick, he runs the pawnshop. After you rescue him you will be able to purchase some of the combo weapons as well as some information on where to find the bike parts that are scattered around town.

The rest of the survivors do not appear right away but instead appear to either be triggered by time of day or some other action. Regardless you will want to find and rescue them as they are worth points and, well, it's the nice thing to do!

Even the master motor cross man Chuck needs more than a single tire and a frame to ride out of Silver Creek. There are five pieces to the bike that must be located before you can build it and leave town. Only two of these parts are found on the street. The rest require money or items to acquire.

Once all of the items are found Chuck will build the bike. Don't count on leaving town just yet, Chuck will not leave until after Katey gets her Zombrex. Did I mention taking Zombrex too soon after the previous dose is lethal? Don't expect to leave town until after 7:00 PM.

If you played the original Dead rising than you remember that everything is a weapon in Dead Rising, Case Zero takes that notion and goes a step beyond. Not only is everything a weapon but some items can be combined into combo-weapons.

Some of these combo-weapons can be acquired right away (Spiked Bat - baseball bat + box of nails) while others require some serious searching before their parts become available. Each combo-weapon also has a corresponding combo card (or scratch card). The combo cards allow for strong attacks (hold the X button) while the scratch cards do not. Most of the weapons in Case Zero only operate as scratch cards.

In my experience the Spiked Bat was the most useful of all of the combo-weapons. Even though the Boomstick is very deadly (when used against you) with only a scratch card the thing sucks. Even the Paddle Saw sucks compared to a single chainsaw in your hands.

The Drill Bucket is one of the worst combo-weapons in the game. Not because it sucks as a weapon but because it can only be used against one zombie at a time. In a game with the massive amounts of zombies that this game has such a weapon is simply a waste.

Also, guns suck in this game. Except for the shotgun. That is an awesome gun!

Zombies are everywhere. As soon as you start mowing them down more show up. It is impossible to clear an outside location of zombies. Indoors (with the doors closed) yes, outside, no!

At 400 MS points (or free) this is an excellent opportunity for gamers to get a taste of the Dead Rising system. Players will need to go through the game a few times just to find where everything is let alone actually beat the game.

There are some issues with the AI on the survivors (I'm swinging a sword over here!) but nothing that is too terrible if you pay attention. There is also a minor issue with the sheer number of zombies present in this tiny town! There's more zombies than you can shake a chainsaw at!

From start to finish it takes about three hours to play through the entire story if you know where everything is, which you will not know unless you read online FAQs or otherwise spoil the story for yourself. I spent about eight plus hours playing this before I acquired all of the achievements. Take that for what it is worth.