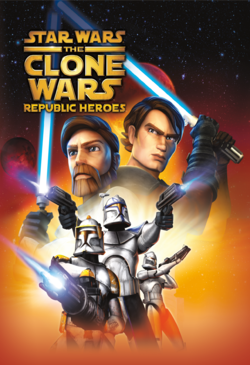 When I picked this game up I had two options. I could have picked up a used copy for the Wii for only $30 or a new copy for the Xbox 360 for $50. The fact that a used copy of a new game was available should have clued me in to the quality of the game I was preparing to purchase. Sadly I ignored the feelings I was picking up from the force and purchased this title for my 360.

My daughter and I love the TV show that airs on Cartoon Network. We DVR it every Friday and watch it soon after. The thought of her being able to play as her favorite Jedi padawan was enough to get her to convince me to buy it. The added bonus of drop in/drop-out co-op play was also a point in the game's favor.

Why didn't I save some money and buy the Wii version? Well, we had recently seen the game in action on the Wii via the Nintendo Channel's weekly Nintendo Week show. What we saw looked like a lot of waggle and sub-par graphics. So I paid a $20 premium for a non-waggle version of the game that still included sub-par graphics.

The game is set between the events of season one and season two of the Clone Wars animated show. The game begins with a mission staring Anakin and Ahsoka. As you progress through the three acts of the story you alternate between playing as Jedi and playing as clone troopers. While the story itself is well written and entertaining what you have to do to enjoy those parts is very painful indeed.

When playing as a Jedi you have a lightsaber and a limited force push power. You also have the ability to jump on top of a driod and 'jack it for a short time. When jacked you can use the driod's attacks to damage other droids or overcome obstacles in your path. If you spend some of your points in the shop section of the game you can also purchase the ability to make droids dance.

Dancing droids are busy dancing instead of fighting and are easier to take down. Be warned, a dancing droid can not be jacked. Why would you want to make droids dance? For one thing you can get an achievement from killing dancing droids and for another dancing droids do not attack. This can be very useful on levels where lots and lots of droids are coming after you.

While the Jedi characters are able to use a lightsaber and knock things around with the force clone troopers play a more traditional dual-stick style platformer. In fact I found the clone trooper missions to be much more satisfying than the Jedi ones. 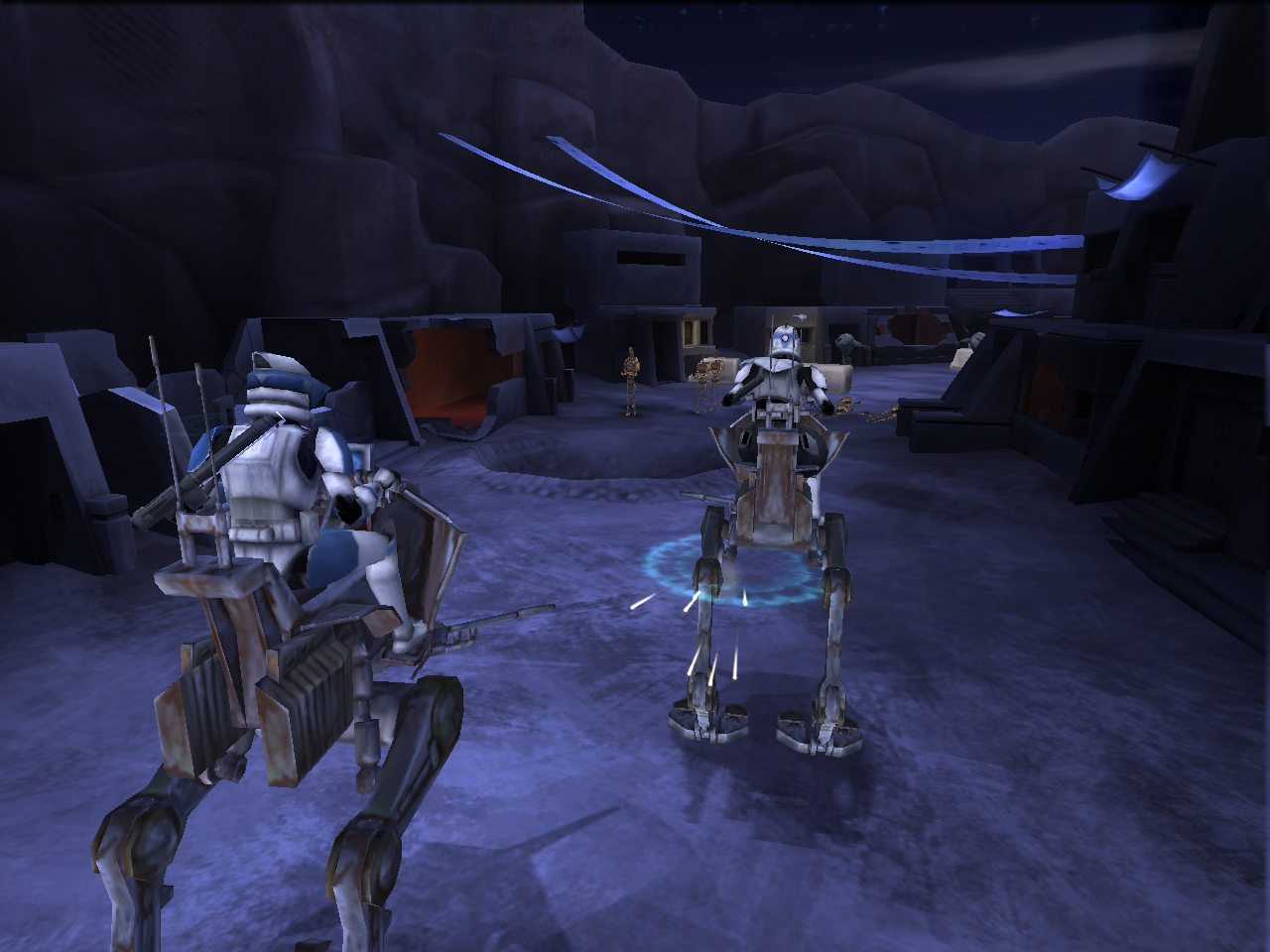 When playing as a clone trooper you can either use the right trigger to shoot your weapon straight ahead or use the right stick to shoot in whatever direction you aim the stick. Along with your blaster there are several heavy weapons you can pick up on some missions. These secondary weapons use the Y button to activate and the stick to aim.

The clone troopers are far less nimble than their Jedi generals. Clone troopers can not jump and can only hop over short obstacles or roll across the ground to avoid enemy fire. On some missions clone troopers have jet packs that allow you to bound over larger obstacles. There are several different clone troopers you can play as.

So far the game sounds a bit silly but not that bad, right? That's what I was thinking myself.

The first beef I have with the game is the graphics. Did the design team create this to be a Wii game and a month before release they were told it would be on all consoles? Seriously, the graphics are bad, real bad. Even the cut scenes are poorly rendered which is very surprising because the source material for the game is a computer animated show!

Now you might be able to get past the poor graphics. Why back in the day we used to play games that had monochrome or ASCII graphics. So we'll give the game a pass on graphics for now because this is a Star Wars game and Lucasfilm certainly wouldn't approve a crappy game right. Right?

When it comes to the camera angle a poorly rendered game becomes even worse. In the very first mission I often found myself thinking I could make a jump only to fall to my death. Often this was repeated five or more times until I finally discovered the sweet spot to jump from. I was not alone as my daughter had the same problem. Often we would insure that we were both far away from the respawn points before trying a tricky jump. Why you ask?

One slightly redeeming feature of the game is that you have an unlimited amount of lives. If this were not the case I would not have gotten more than five minutes into the game before GameStop would have found themselves with a used Xbox 360 copy of this game for sale.

While unlimited lives may seem like a good thing there were several levels in the game where this fact works against you. One of the skills that Jedi have is the ability to scale a shaft by bouncing off opposite walls. This usualy works well enough except that when one player dies during the ascent and they respawn it can have a drastic impact on the camera. This often happened to us with the end result being the other player also dieing because the respawning action caused the camera to move in such a way that the jumping player could no longer see where they were and would miss their jump!

We also encounter several levels where we knew what we had to do to pass an obstacle but the game wanted us to perform this action in a very narrow manner. Think of throwing a rock at a stop sign from five feet away but only registering a hit if you manage to hit the part of the sign with the little letters proclaiming it to be the property of your local town's public works department. Yes, the game can be that frustrating.

One thing I will give the game is that when something appears in a boss battle it is there for a reason. If droids appear they are not there to hurt you but are instead there to be used against the boss.

Speaking of boss battles they all suck. I don't just mean as in they are cheesy, lame or boring but that they are just terrible. One boss battle had me checking my watch while waiting for items to appear that I could then use as weapons. The final boss battle awards an achievement if neither player dies during the battle. This would be an easy achievement to get except that you have to jump on moving droids to jack them and then use them as weapons. Yes, you will die several times just jumping towards droids!

If you play games for the enjoyment factor then please stay away from this one. Just because I wasted $50 on this turd does not mean you have to!

I'm sorry this review was not better. If it's any consolation this review is written better than the game.