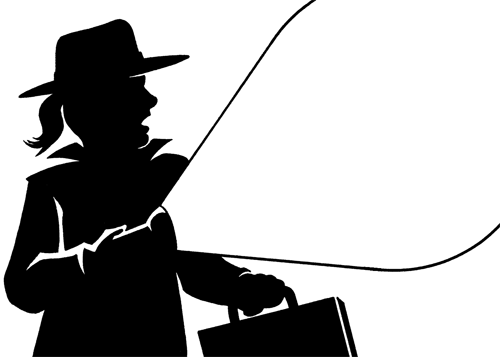 There has been a lot of controversy hitting YouTube recently. We had the #VoxAdpocalypse that started when a certain employee of Vox called out comedian Steven Crowder for mocking him in his rebuttal videos. This quickly escalated into what appears to be a concerted effort on the part of legacy media to de-legitimize YouTube as a way to combat the bleeding of advertising revenue that is sinking much of the old media empires.

YouTube responded with the iron fist of zero tolerance and an overly aggressive use of the ban hammer. Many channels were demonitized while others were completely deplatformed. It wasn't even a simple case of one political side bearing the brunt of the damage.

Smelling blood in the water, the old guard media went on the warpath as well. They published articles painting YouTube as a cesspool of alt-right radicalization. The New York Times even went so far as to push a narrative detailing a young man's fall into the radicalization rabbit hole of the alt-right via YouTube. Though, a careful analysis of the man's video watching history actually shows that while he started on the right he ended up left of center before his journey was complete. Regardless, the New York Times wanted to push a narrative.

Which brings me to highlight YouTube's policy on hate speech:

Hate speech is not allowed on YouTube. We remove content promoting violence or hatred against individuals or groups based on any of the following attributes:
Age
Caste
Disability
Ethnicity
Gender Identity
Nationality
Race
Immigration Status
Religion
Sex/Gender
Sexual Orientation
Victims of a major violent event and their kin
Veteran Status

I understand most of those from a general protected class definition of anti-discrimination law though this list is longer than that is to be found under US law. I also have to wonder why the "victims of a major violent event and their kin" is included. What qualifies as a major violent event? How many levels deep does kin go? It sounds to me like someone wanted that there to shut down the inevitable "false flag" conspiracies that often crop up after a major violent event occurs.

Encourage violence against individuals or groups based on any of on the attributes noted above. We don’t allow threats on YouTube, and we treat implied calls for violence as real threats. You can learn more about our policies on threats and harassment.

Incite hatred against individuals or groups based on any of the attributes noted above.

I don't know if you caught it or not after reading the above but YouTube is limiting "Hate Speech" to the protected groups listed above.

So, for example, while it would violate the YouTube Hate Speech policy to incite hatred or encourage violence upon an individual or group based on their ethnicity it is NOT a violation to do so based on something else such as... hair color, weight, height, or even political affiliation.

That's right, under the current YouTube policy Cartman and the infamous "Ginger Kids" episode of South Park would NOT qualify as hate speech. Which I find to be rather ironic because in that episode Cartman, upon being tricked into thinking he is a ginger, starts a ginger separatist movement that becomes a supremacist hate group. You know, the things that SHOULD fall under the hate speech guidelines.

If you see content that violates this policy, please report it. Instructions for reporting violations of our Community Guidelines are available here. If you have found multiple videos, comments, or a user’s entire channel that you wish to report, please visit our reporting tool, where you will be able to submit a more detailed complaint.

If specific threats are made against you and you feel unsafe, tell a trusted adult and report it to your local law enforcement agency.

What this means for you

Content that is deliberately posted in order to humiliate someone

Content claiming that specific victims of public violent incidents or their next of kin are actors, or that their experiences are false

After looking over the harassment and cyberbullying policy it becomes clear that Cartman may not even run afoul of this policy either! YouTube makes a clear distinction between individuals and groups in their policy statement so that if Cartman were to single out a particular individual he would be in violation but by going after an unprotected group? No problem!

I am against hate speech laws as a matter of my free speech principles. Our current laws are sufficient and YouTube's elevation of specific groups as being worthy of "hate speech protection" means that those that are not in the list are somehow unworthy of "equal protection."

My opinion is that YouTube should change its hate speech policy by making a few simple changes:

Encourage violence against individuals or groups based on any of on the attributes noted above. We don’t allow threats on YouTube, and we treat implied calls for violence as real threats. You can learn more about our policies on threats and harassment.

Incite hatred against individuals or groups based on any of the attributes noted above.

See that? By removing any reference to a special list of protected groups we can all benefit. A threat is a threat. Grouping people into protected versus unprotected groups only serves to divide us. It creates a separate and un-equal standard for online harassment.

As an aside, if YouTube were truly impartial in their enforcement than many old media channels would be gone, specifically just about every "late night" show would have to go. Don't worry, I won't hold my breath while waiting for a cable news or broadcast TV show to be de-platformed.