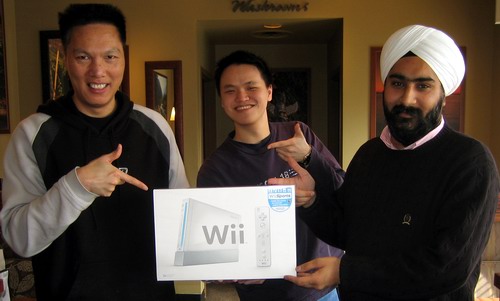 The root of all evil, John Chow and 1234Pens.com, who make promotional pens, have teamed up to give away a new Nintedno Wii!

This contest is open to all bloggers and the details can be found on John's blog in his Evil Blog Contest - Win A Nintendo Wii! post.

The contest runs until the end of March and the winner will be drawn on camera. Well, it will be taped anyways and the video will be posted but, you get the idea.

I know a lot of people are having trouble trying to find a Wii but this this contest may help end your search early.

Even if you already have a Wii having a second one (to take with you or give away) is a great idea. Besides, if one of my my loyal readers wins the contest than all my Wii content will become all that much more valuable to them!