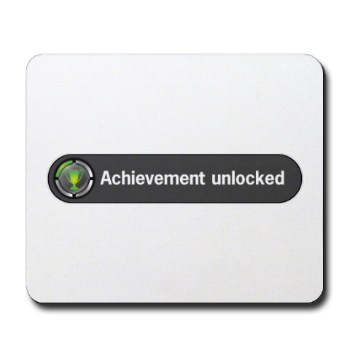 Before I acquired my Xbox360 I had no idea why many gamers valued achievements. For those who may be unaware, the achievement system (trophies on the PS3) awards points to gamers based on miscellaneous actions performed during a game.

Some achievements require a lot of work to get (the Valve ‘garden gnome’ achievements) while others require no skill at all (The Simpsons ‘Press Start to Play’ achievement). When you look at achievements as a whole you find that there are two distinct types of achievements; time-based and skill-based.

Time-based achievements are those that you earn over time no matter how skilled you are. If you put enough time into a game you will earn these achievements.

Skill-based achievements are those that you earn after mastering a skill. Not everyone is able to earn this form of achievement and it confers serious bragging rights when earned.

For purposes of this article we will be using the achievements from The Beatles: Rock Band game. This game has 50 achievements and they are split just about 50/50 in regards to time-based and skill-based awards.

Before I get too deep into that game let’s take a quick moment to reminisce about the bygone days of gaming. I’m not talking about the 90’s when LAN games were just becoming popular I’m talking about the 80’s when the only source for real video game news was Nintendo Power.

As a kid in the 80’s you didn’t have the luxury of the Internet for getting hints and tips on how to beat games. The only real source for tips was Nintendo Power magazine and not many kids were able to convince their parents to subscribe to it. Because of this a gamer could claim bragging rights for beating a game in only a few particular situations:

1. Multiple witnesses – In the event some great gaming victory was achieved among a large group of friends (3+) this group would vouch for the claim and it would be considered valid.

2. Photograph – Many a gamer would keep a Polaroid camera by the gaming console for capturing high scores and other bizarre events. Due to the lack of a pause button on some games a second person would often be required to be on hand to man the camera.

3. Secret knowledge – Because there was no Internet post-game knowledge was extremely valuable as a source of proof. For example no one knew that Samus was a girl until they completed Metroid and saw her remove her helmet. Which castle was the princess in? So many games were chock full of secret things that could be used to prove your claim. However, once a piece of secret information became public it could no longer be used by another person to make a claim.

These methods were never fool-proof and often some kids were able to claim an achievement that they had never truly earned. This became most apparent when a game had some sort of multi-player mode. It was always strange when the kid who claimed to have beaten Contra would keep getting himself killed on the first stage!

Today’s achievement system is much nicer than what we had to deal with as kids in the 80’s. Now, when you do X you get achievement X that tells the world you did something. If you didn’t do X you can’t lie and say you did because the achievement was not earned. 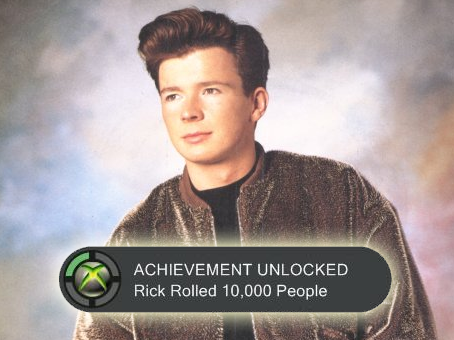 While some folks might not even care about achievements at all they do serve a purpose. Actually they serve multiple purposes. In the first place achievements are hard proof that you have done something in game. In the second case they can also help to extend the life of a game.

Achievements can extend the life of a game by providing the player with something interesting to do. For example there may be an achievement for completing a tough level in a combat game using only a pistol. While the casual player may never even attempt this the hardcore game may see the existence of this achievement as a challenge to perfect his skill.

There is a subculture in video gaming circles of people who try to beat games using the least amount of materials or in the shortest amount of time possible. If you search on Youtube you can find a plethora of these videos. Knowing that such people exist is it any surprise that game developers have decided to cater to them by creating more and more bizarre achievements?

Let’s take a moment and look over the achievements available in The Beatles: Rock Band game. Out of 50 achievements roughly half of them can be acquired just by putting in a lot of hours playing the game. These include achievements for getting 5 stars on all songs, scoring 1,000,000 career points on each instrument, playing songs in each part of the story mode, and unlocking half or all of the Beatles photographs. These achievements can all be gained by playing the game in single player mode on easy difficulty. While some skill is needed to play the instruments at this easy level it is very minor.

The remaining achievements are all skill-based. These achievements require a real commitment to the game and learning how to play each song well at the hardest difficulty setting. Achievements such as I GOT BLISTERS ON MY FINGERS! (Score 100% notes hit on Helter Skelter playing Expert Drums) and Won’t You Come Out to Play? (Play Dear Prudence on Expert Guitar, playing all hammer-ons and pull-offs without strumming) are achievements that I will likely never earn. The amount of skill required to earn these is far beyond me and I doubt I will have enough time in my adult life to master those skills. 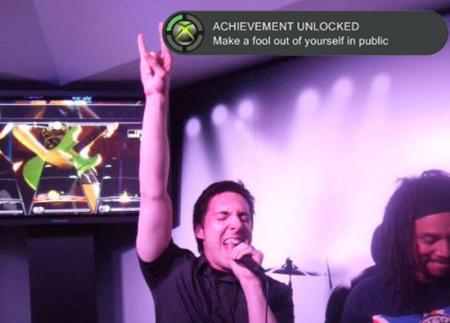 Even though Fallout 3 lacked any real skill-based achievements the achievements it does include do extend the game’s life by providing extra things for the player to do. Have you completed all of the side quests? They all have achievements! Killed all the Super Mutant Behemoths, collected all the Bobbleheads, explored over 100 locations? All of those have achievements. While you don’t need to do everything to complete the story mode of a game having those achievements does give you something else to do besides the main quest.

Another type of achievement (the ones I tend to hate) is the secret achievement. These achievements are often skill-based and don’t stay secret for long. Within a week or two of a game being released these secret achievements will be listed on gamefaqs for the whole world to see. Unfortunately for most of us they will still appear as ‘secret’ on our consoles.

Secret achievements bother me because even though they are skill-based their secretive nature makes them more about luck than skill. It’s not something you can actively hone your skills towards achieving and instead becomes an award you earn by luck.

Personally I like achievements. I find that they extend the life of some games and allow players to easily prove their gamer cred to their peers.