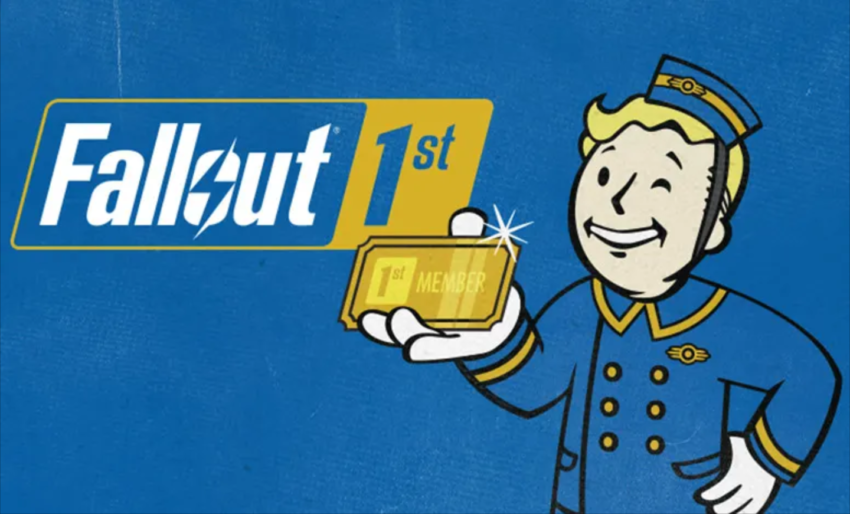 On October 23 Bethesda released information on their new subscription service for Fallout 76. Most players expected it to cost between $10 - $15 a month and include the private servers that had been promised since before the game launched in 2018. What we got was "Fallout First" and it was not at all what anyone wanted and it looks more like something a freemium mobile game would offer. All for $12.99 per month or $99.99 per year.

The private worlds are not dedicated servers, they are instanced worlds. They are worlds that only exist as long as at least one subscriber is in the world. Once all subscribers leave, the remaining freeloaders get booted from the server. The people wanted dedicated servers and Bethesda delivers a half-assed solution that no one wants.

I thought about saving this for last but it is the second item on their list.

Ever since the game launched the community has been constrained by the low limit on the stash box. It started at 200 lbs and it now sits at 800. For a game that is all about collecting and crafting this is unacceptable.

Thinking back to previous Fallout games by Bethesda my home base was always loaded up with tons of crap. Even in Fallout 4 my settlements routinely had more junk that I knew what to do with. Except adhesive, I was always low on that!

Yup, Bethesda took one of the community's biggest gripes and put the solution behind a paywall. Not just that but they simultaneously wreck their credibility regarding the long stated reason why we had to have a stash limit.

I have to admit, the survival tent is cool. It is a deployable fast travel location with stash access. As anyone who has played Fallout 76 knows, it is a pain to move your camp.

With that said, it should be a quest reward item or (dare I say) unlockable via the Atomic Shop (like the fridge and scrap-tron.) By putting it behind the paywall it becomes a convenience item that players will become attached to, inducing them to pay up every month.

I could be wrong but I do recall a mini-camp item being in previous Fallout games. I am not sure if it was a mod or something you could find it the game.

Atoms, the in game currency that was supposed to be for skins and other cosmetics that has morphed into paid quality of life enhancements. Yes, I am referring to the fridge and scrap-tron as well as the repair and scrap kits.

For those of us who don't buy atoms or care about the Atomic Shop this is just a lousy way to jack up the subscription cost with a false value added claim.

Yes, that is the NCR Ranger armor from Fallout New Vegas. It is iconic and ironically from the best modern Fallout game. Ironic because Obsidian created that one, not Bethesda! At least you get to keep this after your subscription expires.

This skin is exclusive to subscribers. If you see someone on a public server sporting this skin you may have some questions for them. A lot of questions to be honest. My assumption would be that they let their subscription lapse because otherwise they should be in their private world. Maybe the same private world Bethesda management lives in?

In a way, the armor, icons and emotes are really more of a signing bonus that a subscription perk.

I used to run a dedicated Minecraft server. It was a beautiful world that my friends and I were able to share playing in because it ran 24/7. We didn't need to have the server owner be online so we could play. Having direct control over the server also meant that I could mod it to make it more enjoyable for all. That is the kind of thing players want and Bethesda instead delivered a weaksauce solution.

The servers are all maintained by Bethesda with no mod support in sight and they only work when a subscriber is online. Workshops don't carry over to the next time you log onto your server either. All you get is an 8 player server that works exactly like a public server.

The scrapbox, according to Bethesda, should break the servers. At least that was the reason why the stash box was capped at 800 lbs.

If you are someone who buys atoms, this subscription is probably a good deal for you. If you want true dedicated servers, this is not for you.

Bethesda promised that all add-ons would be free and only cosmetics would be in the Atomic Shop. They have clearly broken that promise. Wastelanders has been delayed until 2020 and putting quality of life items behind a subscription paywall smacks of mobile game monetization policies. I never thought I would pine for the days of single payment DLC.

I have been thinking hard since this was revealed and I don't think it is for me either. I might try it for one month just for the 'bonus' items but, probably not until they add value to me.