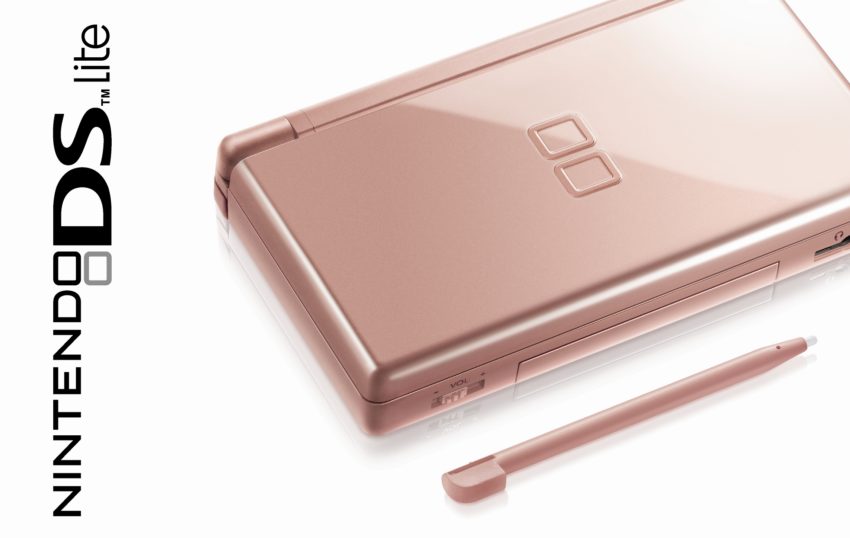 Most of us thought that the pink DS Lite was released by Nintendo to target the female gamers of the world. It turns out we were wrong.

Nintendo is making Metallic Rose a regular part of the Nintendo DS color palette with the help of some celebrity spokespeople. Starting Monday, May 19, America Ferrera and Carrie Underwood will be featured in commercials for the Metallic Rose version of Nintendo DS. Metallic Rose debuted in late 2007 as part of a Nintendogs bundle and will be available as a standalone hardware system at retailers nationwide late this month. Liv Tyler also will appear in Nintendo DS commercials that feature the two-toned Crimson/Black version.

Yes, you read that right. Nintendo is going to be rolling out this new color with an advertising campaign that includes many female celebrities here in the USA. 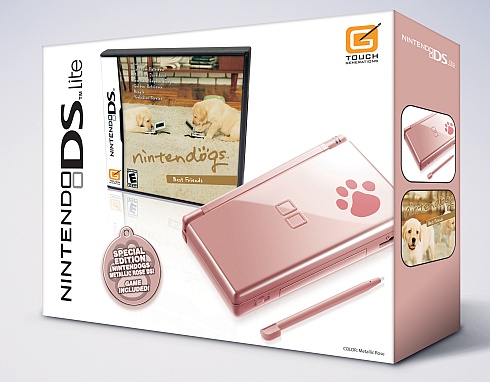 For those who may notice that this particular color was available via the Nintendogs bundle you are correct. However, that one had a little paw print on it while this one does not.

Any bets on when the Metalic Gold Zelda DS Lite comes out as a stand alone model? I have the one with the Tri-Force on it and I like it.

For those who worry about the collector value of the originals, don't. These do not have the paw print in the corner so your Nintendogs one is now more valuable.